Below is part two of the classic Latin American cinema primer that I began last week.

Glauber Rocha’s international breakthrough begins roughly where Vidas Secas ended: with a poor laborer living in the harsh landscape of northeastern Brazil being cheated out of his wages by an exploitative boss. Unlike his compatriot Nelson Pereira dos Santos however, Rocha is not content to portray this conflict in a simple Neorealist style; instead, he sends Manuel, his protagonist, on a picaresque, occasionally hallucinatory journey where he first falls under the sway of a self-appointed religious prophet named Sebastião (the “black God” of the title) and later a charismatic proletarian bandit named Corisco (who christens our hero “Satan”). Hunting all of these characters is the government-and-church appointed assassin Antonio das Mortes, who gives the film dramatic shape and allows it to build to an awe-inspiring climax. An excellent example of how politically-committed filmmakers used cinema to engage socio-political problems as Marxism swept across Latin American in the mid-twentieth century. 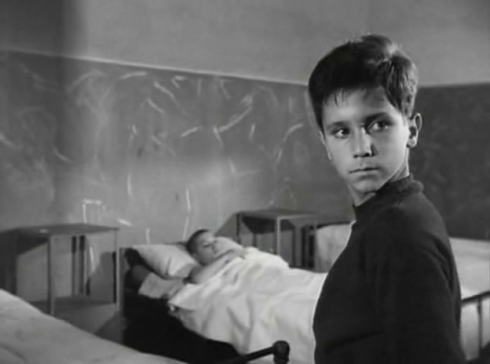 Like an Argentinian version of Zero de Conduite or The 400 Blows, Leonardo Favio’s first feature uses the microcosmic story of mistreated children rebelling against the adult world (school teachers, parents, police) as an allegory for friction between individuals and society as a whole. As a political statement though, it is arguably more effective than its predecessors because it was actually produced in an “authoritarian-bureaucratic state,” which responded by promptly banning the film. As in Italian Neorealism, this features an incredible child performance by Diego Puente as Polin, an eleven year old boy who escapes from a state-run orphanage and runs away to the city. Once there, he goes skinny dipping, spies on a prostitute, witnesses the accidental death of a friend, smokes countless cigarettes and has an unforgettably poetic interaction with a horse-drawn carriage, all in the course of one long day before being re-captured. Plotless and meandering on the surface, this is actually political filmmaking of the most powerful and vital kind. 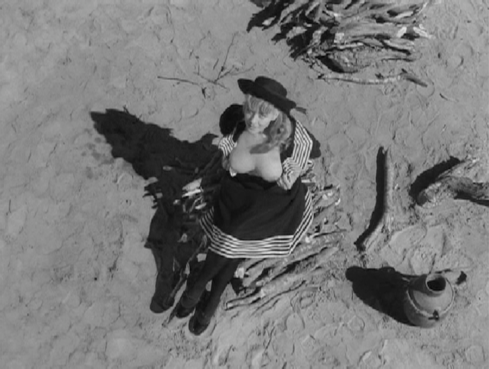 In one of Luis Bunuel’s wackiest tall tales, the title character decides to live atop a giant column in the middle of the desert in order to be nearer to God and to avoid the worldly temptations. Satan repeatedly tempts Simon to come down from his pedestal, including once in the guise of a topless Silvia Pinal (which is worth the price of admission alone). This short feature clocks in at a mere 45 minutes because Bunuel allegedly ran out of money while filming and yet, ironically, the end result is probably all the better for it. Simon of the Desert is like a short, well-told joke with a great punchline (albeit one that involves Bunuel’s heretical attitude towards rock and roll) that provides a fitting conclusion to the director’s great “Mexican period.” 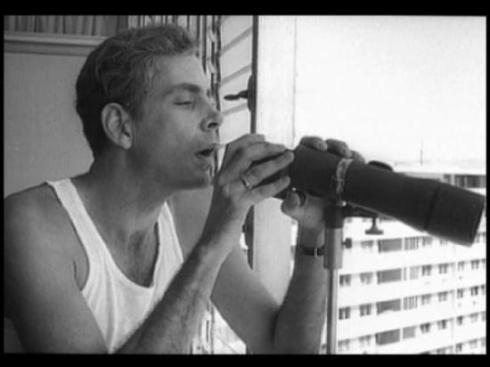 The most famous film of Cuba’s most well-known director, Tomas Gutierrez Alea, is this unforgettable chronicle of Sergio, a bourgeois intellectual who chooses to remain in his native Havana from the pre-Revolution era through the rise of Fidel Castro, the Cuban Missile Crisis and beyond. Far from being a work of Communist propaganda like one might expect from a Cuban film of the 1960s, this is instead a deeply ambiguous character study and a brilliantly fragmented work of cinematic modernism. It looks and sounds like a kissing cousin of the contemporaneous French New Wave while also functioning as a vivid portrait of a specific time and place in Cuban history. 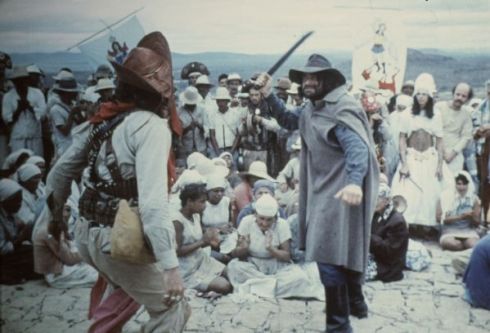 Glauber Rocha’s masterpiece is this semi-sequel to Black God, White Devil in which the earlier film’s villain is converted to the cause of the working class canguaceiros and turns against the vicious capitalist landowners who’ve hired him as an assassin. This socialist fable and visionary western is the midway point between The Good, the Bad and the Ugly and El Topo, a film that succeeds as much for its filmmaking smarts (a beautiful and symbolic use of color, the favoring of Brazilian folk music over dialogue) as it does for its political messages. A singularly hypnotic experience that deservedly won Rocha the Best Director prize at the 1969 Cannes Film Festival.

Cinema Novo’s penchant for radical political content and form is pushed to a delirious extreme in Joaquim Pedro de Andrade’s adaptation of Mário de Andrade’s quintessential modernist novel. Andrade confronts racism and neo-colonialism head-on in a bat-shit crazy comedy about an old white woman living in the jungle of Brazil who gives birth to the title character, a full-grown black man. After taking a bath in a magical fountain that turns his skin white, Macunaima heads to Sao Paolo where he becomes mixed up with a variety of strange characters including a left-wing female terrorist and a wealthy cannibal who is in possession of a priceless pearl. The cannibalism = capitalism metaphor is a bit too pat and some aspects of this are dated but there is also ferocious and highly original filmmaking: some of the sight gags (such as the goose that lays golden eggs) are hilarious and the use of brilliantly colorful sets and costumes makes this a provocative live action cartoon for adults.

How Tasty Was My Little Frenchman (Dos Santos, Brazil, 1971)

Nelson Pereira dos Santos takes his super-realistic style and applies it, fascinatingly, to a 16th century period piece in this incredible account of the European colonization of Brazil. A French explorer is captured by an indigenous Brazilian Indian tribe who make him their guest of honor for eight months prior to killing and eating him. During his captivity, the Frenchman attempts to assimilate to the tribe in hopes of being able to escape but his attempts are all in vain. Once controversial for its near-constant depiction of full frontal nudity (male and female), this feels at times like a documentary made by an ethnographer with a time-machine. Hollywood filmmakers, including Terrence Malick (whose The New World covers similar terrain to lesser effect), could learn a lot from watching this. 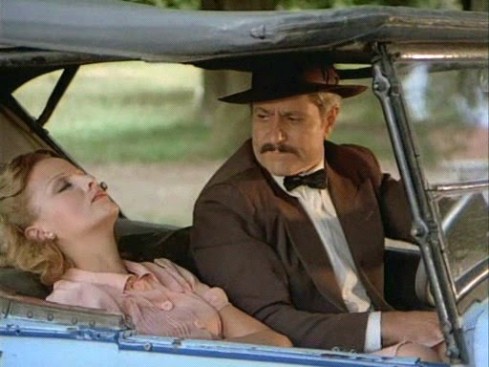 Argentina’s Leopoldo Torre Nilsson is one of the most unjustly neglected major directors in the history of world cinema. His masterpiece is Painted Lips, also known as Boquitas pintadas or Heartbreak Tango, an adaptation of an equally fine epistolary novel by Manuel Puig (often translated into English under the title Heartbreak Tango). The film is a haunting comic melodrama set primarily in the 1940s about Juan Carlos, a tubercular Don Juan-type, and the four women who are doomed to love him. Since much of the movie’s dialogue consists of the voice-over narration of letters, and the denouement flashes forward thirty years later to a deathbed scene involving one of Juan Carlos’ lovers, Nilsson turns the whole enterprise into a great, innovative “memory film” along the lines of the best of Alain Resnais.

Dialogues of the Exiled (Ruiz, Chile/France, 1975) 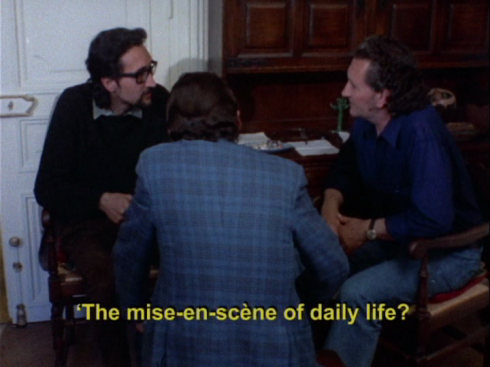 Modeled on Brecht’s Conversations in Exile, this wry piece of political cinema was the first film made in exile by the great Chilean director Raul Ruiz following the CIA-backed military coup of Augusto Pinochet. It consists almost entirely of dialogue-based interior scenes (all of which have a semi-improvised feel) of Chilean expatriates attempting to assimilate to their new existence as political refugees in France. One particularly amusing subplot details a rather benign kidnapping of a touring Chilean pop singer named Fabian Luna by exiles attempting to win him over to their cause. Dialogues of the Exiled is a modest, no-budget comedy but a crucial document of the Chilean diaspora and essential viewing for fans of the director.

Leopoldo Torre Nilsson’s penultimate film is a fascinating quasi-sci-fi parable about growing old. Sometimes referred to as taking place in the future, this actually begins with a title crawl stating that it’s based on a diary from the year 1969 (which would make it more of an alternate reality movie rather than a futuristic dystopian one). The premise is that Argentina’s youth have formed marauding gangs who exterminate the country’s elderly after having become fed up with senior citizens who seem to be of no use and are merely living off of social security. The story is seen from the point of view of Isidro, a middle-aged man who dares to take a young lover and thus makes himself a target of the “revolution.” Torre’s unique tone is intriguingly pitched somewhere between the profoundly unsettling and the surprisingly erotic.

The Passion of Berenice (Hermosillo, Mexico, 1976) 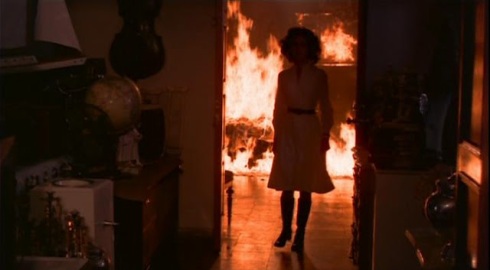 The Passion of Berenice is a deft updating of the kind of melodramas that characterized the Mexican cinema’s epoca de oro, not least because the male lead is played by Pedro Armendariz, Jr. (who looks uncannily like his pop, albeit with with long hair and a 1970s mustache). The story concerns Berenice, a young woman with a scarred face and a troubled past who lives with and takes care of her elderly godmother. Berenice is haunted by nightmares involving flames and horses that she can’t quite make sense of and there are rumors that she murdered her first husband. She embarks on an affair with the son of her godmother’s doctor in what starts out as a straightforward romantic drama but grows increasingly mysterious and eventually becomes downright scary. A lot of the credit belongs to Martha Navarro who offers an unforgettable portrait of a woman who always appears chillingly aloof.

In the 18th century, Joao Fernandes de Oliveira is a contractor sent by the King of Portugal to oversee diamond mining in Brazil and to root out corruption within the local government. Upon arrival, however, he falls in love with Xica da Silva, a black slave who is renowned for her sexual prowess. Soon, Oliveira will stop at nothing to give Xica what she wants, including luxury items from around the world and even has a man-made lake constructed just for her. In spite of the serious subject matter, the tone of the film is kept light and amusing throughout. Xica is essentially a trickster figure, similar to the protagonists of other slave narratives, who pretends to be a subservient fool in order to get what she wants. I’ve heard it said that she is supposed to represent the spirit of Brazil and, when viewed in that light, this weirdly touching love story becomes even more complex and provocative. The funky, anachronistic score is also a delight.

The Place Without Limits (Ripstein, Mexico, 1977)

Arturo Ripstein, considered by some to be Mexico’s greatest living filmmaker, is probably best known in the States for his superb 1996 serial killer melodrama Deep Crimson but his lengthy film career extends back to the early 1960s when he began as an assistant to Luis Bunuel. The influence of Bunuel can be strongly felt on The Place Without Limits, a 1978 drama that offers a fascinating, colorful portrait of small town Mexican life while also subtly critiquing Latin machismo and homophobia. Robert Cobo (who, as a child, played the worst of the delinquents in Los Olvidados) stars as “La Manuela,” a gay brothel owner who is torn between selling his business to local bigwig Don Alejo or capitulating to the wishes of his daughter, who manages the brothel, and keeping things status quo. Complicating the scenario is the return of Pancho, a hotheaded truck driver who had violently attacked Manuela the year before but who appears to be equally attracted to both father and daughter alike. Like many of Ripstein’s films, this is a literary adaptation, but the film’s chief pleasures (including Cobo’s unforgettable flamenco dance) are those that could only come alive on the screen.