Today’s post, in which I bestow a “filmmaker of the year honor,” establishes a new tradition following last year’s tribute to Fritz Lang. It is also the first of three posts offering a round-up of the year in movies. Over the next two weeks I will also be posting lists of my favorite home video and theatrical releases of 2011. 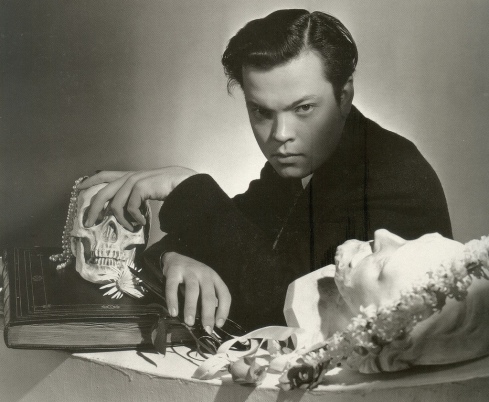 This year White City Cinema’s Filmmaker of the Year honor is bestowed on Orson Welles, one of the all-time great directors and someone whose work seems to be in a perpetual state of restoration, re-release and rediscovery. 2011 saw the blu-ray debuts of Citizen Kane and Touch of Evil in mind-bogglingly elaborate box sets and The Stranger in a serviceable public domain job, as well as the first ever North American DVD release of The Magnificent Ambersons. In addition to purchasing all of these titles, I also showed Citizen Kane as part of a day-long seminar I gave to teachers at Facets Multimedia in July. (The subject? “How to Teach Hollywood Masterpieces in the Classroom.”) For these reasons, there was no other film director I spent more time watching, thinking about and wrestling with in 2011 than Orson Welles.

The visionary nature of Welles’ genius marked him as a man ahead of his time and, since his death in 1985, film critics, scholars and fans have all been playing catch up. While it was once commonplace to hear critics chalk up the plethora of unfinished Welles projects to some kind of “fear of completion” (usually tied to assumptions about Welles’ insecurity about living up to the early promise of Citizen Kane), history has since taken a kinder view of the twilight years of the boy genius from Kenosha. The 1995 documentary Orson Welles: The One Man Band, included on Criterion’s 2005 DVD release of F for Fake, provided many Welles fans a tantalizing first glimpse of the tangled mess of unfinished movies Welles worked on in the last couple decades of his life, many of them of obviously high artistic quality. Recent books by Jonathan Rosenbaum (Discovering Orson Welles, 2006) and Joseph McBride (What Ever Happened to Orson Welles?, 2007) examine this work in detail, giving a more well-rounded view of Welles’ career as a whole. They also indicate that the primary reason for the unfinished nature of this work was a lack of money and resources. The fact that Welles was able to remain as prolific as he was is nothing less than a testament to his love for the act of filmmaking. 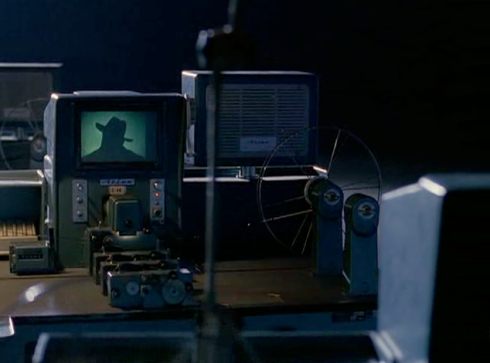 But even Welles’ earlier work, including the one movie he inarguably had complete creative control over, has been the subject of controversy. As I pointed out several months ago, Citizen Kane has been released in multiple VHS and DVD editions over the years that have failed to do justice to its original, revolutionary visual style. The new Warner Bros. blu-ray happily corrects the most egregious problems associated with previous editions by aiming for a greater film-like look. Welles’ last Hollywood masterpiece, Touch of Evil, a movie that was re-edited and partially re-shot against his wishes, was restored in 1998 as closely as possible to the director’s original intentions. And yet when Universal attempted to take a completist approach to Touch of Evil for their 50th Anniversary DVD edition in 2008 by including three different cuts of the film, they still courted controversy by only including it in a widescreen aspect ratio that some claimed was not the way it was meant to be seen. The new Eureka/Masters of Cinema blu-ray of Touch of Evil attempts to cover all bases by including five versions – all three of the extant cuts, two of which are presented in different aspect ratios: the academy (or television) ratio of 1.37:1 as well as the widescreen 1.85:1.

That the world can’t get enough of Welles now is ironic considering the tattered state of the director’s legacy in his own lifetime. (And there would be even more Welles releases on the market today if not for the intervention of his litigation-happy daughter Beatrice. She is now the only thing preventing the release of The Other Side of the Wind, Welles’ final unreleased movie.) It is tempting to invoke a parallel between Welles and Charles Foster Kane; like Thompson, the reporter in Kane who ends the film “playing with the pieces of a jigsaw puzzle,” movie lovers too must sift through the films of Orson Welles, whether finished, unfinished or in multiple versions, none of which can be called definitive, in order to best understand and appreciate his artistry as a director. I would argue that the very act of familiarizing oneself with the Welles canon is akin to conducting an investigation. However, the “solution” that each viewer comes to is likely to be different. Unlike, say, Alfred Hitchcock, whose authorial persona remains more stable and fixed in the minds of cinephiles, with each passing year Welles’ identity seems to multiply like the infinite reflections of Charles Foster Kane standing between two mirrors in the hallway of Xanadu. There are probably as many Orsons as there are viewers. 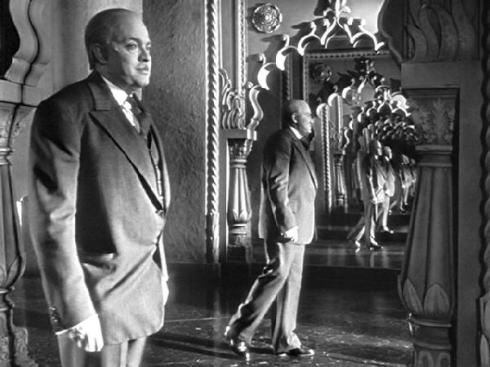 It should be a no-brainer for movie buffs to pick up the Citizen Kane and Touch of Evil blu-ray sets. The former is a cinephile’s paradise and includes among its many supplements the aforementioned DVD of The Magnificent Ambersons. The latter is available only as a “region B”-locked import, but it alone would justify the purchase of a multi-region blu-ray player. However, as those releases have already been written about ad nauseum elsewhere, I’d like to end this appreciation by offering a shout out to an outfit named “HD Cinema Classics” for putting out a blu-ray of The Stranger, a terrific minor Welles film from 1946 that has long been in the public domain. While today The Stranger technically belongs to the library of MGM, a studio notoriously reticent to release catalogue titles and who have no plans to offer a blu-ray of their own anytime soon, we should all be grateful that someone took a 35mm print, no matter how imperfect, and made a high-definition transfer from it. While HD Cinema Classics clearly don’t have access to the same high quality source materials that MGM does, I think their release should also be an essential purchase for Welles enthusiasts, especially considering its reasonable amazon price tag of only $11.99.

The Stranger has long been condescendingly referred to by film historians as the movie Welles made to prove he could direct something commercial and conventional but it is actually much better (and more Wellesian) than that reputation would suggest. In the first of a cycle of memorable Welles films noirs, the director himself plays Franz Kindler, an ex-Nazi who travels to America and starts a new life as a schoolteacher named Charles Rankin in a sleepy Connecticut town. Hot on his heels is Edward G. Robinson as Mr. Wilson, a Nazi hunter for the U.S. government who must uncover Rankin’s true identity in spite of the disbelief of the stranger’s new acquaintances – including his fiance Mary (the lovely Loretta Young). The Stranger features several exciting set pieces, most notably an action climax set atop a bell tower, all of which are rendered in gorgeous high-contrast black and white by cinematographer Russell Metty who would later shoot Touch of Evil. But the film’s most memorable scene is a quieter one, a dinner table dialogue in which Rankin/Kindler accidentally lets his mask slip by denying that Karl Marx was a German because he also happened to be a Jew. It’s a little master class in acting that foreshadows the more famous fascist sentiments of Welles’ Harry Lime in The Third Man two years later.

When all of the legal disputes have been settled and The Other Side of the Wind finally does see a proper release, there still remains the question of how the film should be “finished.” Since no definitive cut is possible, who will be charged with the unenviable task of deciding “what Orson would have wanted”? Since there has already been some infighting on this very subject by Welles’ former collaborators, I think the sensible thing would be to have the film completed in multiple versions overseen by different editors with consciously different approaches in mind. I’d buy a mammoth blu-ray box set of that. 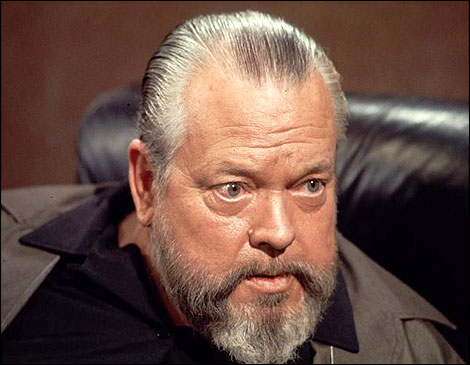