The European Union Film Festival has returned to the Gene Siskel Film Center for its 16th edition, again providing Chicago movie lovers the chance to see local theatrical premieres of a plethora of recent films from nearly all countries belonging to the EU. This unique festival should not be taken for granted: while some of the more high-profile movies being featured may return to Chicago-area screens (and eventually come to home video) in the future, many other worthy titles will not. One of the very best films I saw anywhere last year, José María de Orbe’s Aita, only screened locally at the EU Film Fest (and in glorious 35mm, no less), but still hasn’t yet found a U.S. distributor. The 2013 festival kicked off last Friday night and runs through March 28. Any of my students who attend any of the EU Film Fest screenings will earn extra credit points towards their final grade. Please see the extra credit page of your course website for more details. The full lineup (along with ticket info and showtimes) can be found here:

Below are my picks for five of the festival’s best bets:

Italy’s greatest living director, Marco Bellocchio (Fists in the Pocket, Vincere), returns with another controversial film inspired by a true story, this time concerning Eluana Englaro, a comatose woman who died in 2009 after being taken off life support by her father. Rather than dramatize the story of the principles involved in the real-life case, however, Bellocchio instead made the fascinating decision to tell three separate but subtly intertwined fictional stories (as well as a fourth parallel story featuring the mighty Isabelle Huppert as the mother of another comatose woman), all of which play out against the backdrop of public demonstrations – both for and against “mercy killing” – engendered by the case. This is a remarkably intelligent and complex movie that raises a host of Italian-centric issues about politics and religion, and the roles played by each in both public and private life. And, as a statement about the difficult relationship between love and euthanasia, this easily trumps Michael Haneke’s Amour, avoiding that film’s stern moralizing and shameless manipulation tactics and replacing them with true compassion, maturity and even-handedness instead. Dormant Beauty screens on Friday, March 22 and Sunday, March 24. 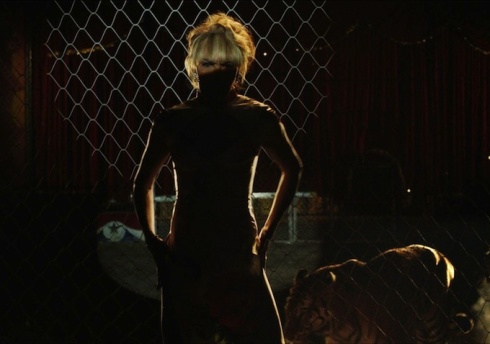 I don’t know what they’re putting in the water in Portugal to breed such great filmmakers there but this fascinating narrative/travelogue hybrid is further proof that contemporary Portuguese cinema is among the most exciting on the planet. “Guerra da Mata,” a character presumably played by the co-director of the same name, is a Portuguese man who travels to Macao when an old friend, a transvestite/prostitute named Candy, requests help after falling into trouble with some underworld figures. Upon arrival, he is unable to locate her and ends up wandering around and ruminating, in an extensive voice-over narration, about Macao as an “ex-colony of Portugal that never was” – a place where ancient Buddhist traditions absurdly co-exist with hyper-capitalism. Complementing Guerra da Mata’s freewheeling, Chris Marker-esque narration are fragmented compositions that capture the neon lights and reflective surfaces of Macao at night in a manner as assured as what Roger Deakins did with Shanghai in Skyfall, only the end result is even more impressive; writers/directors Jean Pedro Rodrigues and Joao Rui Guerra da Mata are genuine artists working with limited resources to craft a work of stirring cinematic poetry as opposed to an ace cinematographer ably fulfilling a big commercial assignment. The Last Time I Saw Macao screens on Friday, March 8 and Saturday, March 9. 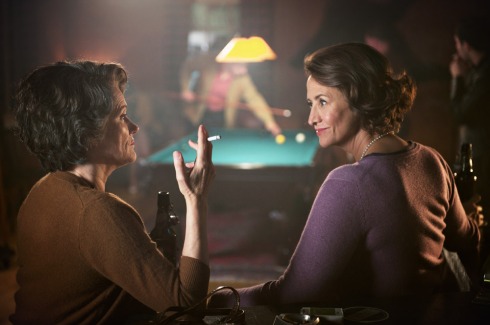 Margarethe Von Trotta is the most prominent female director associated with the German New Wave of the 1970s and, like compatriot Rainer Werner Fassbinder, is known for exploring notions of German nationality and identity (albeit in a less overtly provocative way). This made her well-qualified to helm a biopic of Hannah Arendt, the German/Jewish philosopher who covered the Nazi war crimes trial of Adolph Eichmann for the New Yorker and coined the useful phrase “the banality of evil.” The film mostly focuses on how Arendt’s perspective on Eichmann – that he was not a monster but a mediocre bureaucrat thoughtlessly following orders – caused a firestorm of controversy in academic and intellectual circles as well as in the international Jewish community. As in Jan Troell’s The Last Sentence, Von Trotta offers an un-sexy/non-Hollywood view of history, centered on a journalist, in which the moral quandaries at the heart of her screenplay take precedence over showy performances and ostentatious period detail. But don’t let the modest surface fool you: this was expertly shot by Caroline Champetier (Holy Motors), and Barbara Sukowa’s quietly commanding performance in the title role slowly builds in intensity until a corker of a climax where Arendt defends herself in a passionate university-hall lecture. Sukowa, a legendary actress discovered by Fassbinder, will be present for the sole screening on Friday, March 8.

Alice Ovitz (Alice Taglioni) is an attractive but perpetually single young pharmacist who has been obsessed with Woody Allen since she was a kid. In much the same way that Woody sought advice from Humphrey Bogart in Play It Again, Sam, so too does Alice commune with the Woodman by talking to a poster of him in her bedroom. (Through clever sound editing, he actually replies to her via audio excerpts from his films.) The plot of this movie has something to do with Alice being torn between two different men but, even as far romantic comedy plots go, the outcome is entirely predictable from the outset. Nonetheless, this whimsical concoction from first-time writer/director Sophie Lellouche is charming and fun, thanks in large part to an appealing cast. You can bump my rating up by half a letter grade if you consider yourself a big Allen fan; the whole film is basically a feature-length homage to him, and the man himself turns up for a memorable cameo at the end. Paris-Manhattan screens on Sunday, March 10 and Thursday, March 14.

I already reviewed Miguel Gomes’ masterpiece in January prior to its local premiere at Northwestern University’s BLOCK cinema. You can read my long review here: