My Favorite Home Video Releases of 2018

Here are some thoughts on my favorite home video releases of the year. I hope some of you find this useful.

I’ve been a big fan of Claude Chabrol ever since I saw his Isabelle Huppert-starring adaptation of Madame Bovary at the Manor Theater in Charlotte, North Carolina, as a budding 16-year-old cinephile in 1991. I’ve seen literally dozens of his films since then yet somehow I’d never even heard about this French television miniseries, a remake of Louis Feuillade’s legendary silent serial, that he co-directed with Juan-Luis Bunuel (son of the great Spanish filmmaker) in 1980. This version perfectly captures the spirit of mischief, wildness and fun of Feuillade’s original, which pits the title character, a masked master criminal, against a master detective named Juve and his young journalist sidekick Fandor, while also updating the series with a deliberately campy, early ’80s television aesthetic that somehow feels entirely appropriate. When I reached the end of this four-part, six-hour miniseries on DVD, I found myself wishing it would go on forever. Some Blu-ray aficionados may regret that the distributor didn’t bother to release it in hi-def but remember: Chabrol and Bunuel made this series in an era when they thought it would only be broadcast in 480p. 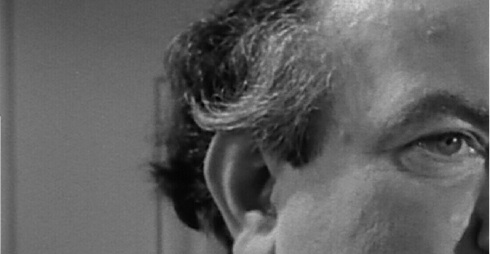 I had never seen Jacques Tourneur’s masterpiece of the occult until my wife and I did a “31-days-of-horror challenge” for Halloween this past October but I became so obsessed that I immediately purchased this extras-laden Blu-ray from UK distributor Powerhouse/Indicator (which, cinephiles everywhere should be gratified to know, is region-free). There are four different complete cuts of the film included here but it’s the insane avalanche of special features — from a rare archival radio interview with Dana Andrews to a new video interview with Tourneur expert Chris Fujiwara to a feature-length audio commentary by historian Tony Earnshaw to making-of docs to an 80-page booklet and more — that gives this set its incredible value.

The three films in this set, the first features of the man I would like to call the world’s greatest living filmmaker, Taiwan’s Hou Hsiao-Hsien, can be seen as “Exhibit A” for the notion that every artist had to start somewhere. The earliest two movies, 1980’s Cute Girl and 1982’s The Green, Green Grass of Home, are fairly standard rom-coms (though both do feature a few splendid sight gags) that were conceived as vehicles for Hong Kong pop-star Kenny Bee. 1983’s The Boy’s from Fengkuei, about the rude awakening of three teenage bumpkins who move from a small fishing village to a large urban port city, is Hou’s first mature work. Like Alfred Hitchcock with The Lodger, it represents the decisive moment where Hou came into his own as a master (it even begins with a pool-hall sequence that prefigures the similar opening of 2005’s Three Times). All three films feature splendid widescreen transfers and are accompanied by illuminating video essays by critics Adrian Martin and Cristina Álvarez López. 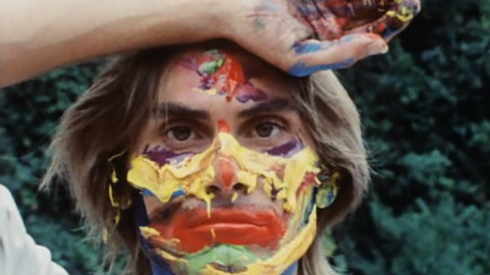 The films that Jean-Luc Godard made during his controversial but seldom-seen “Groupe Dziga Vertov” period from 1968-1972 probably offer the least traditional cinematic pleasures of any phase in the director’s now-superhuman filmmaking career. Yet the movies themselves, which have been kicking around forever in bootlegs of dubious quality but are finally presented here on Blu-ray in flawless A/V transfers, are fascinating and should be considered crucial viewing for anyone wanting to understand his thorny evolution as an artist. Godard’s films were always fragmented and experimental but he abandoned the last remnants of traditional narrative altogether with 1967’s Weekend (which famously ended with the title “fin de cinema”) in order to construct a new film syntax more in harmony with the Marxist-Leninist ideas he wanted to explore. After teaming up with the young revolutionary Jean-Pierre Gorin, Godard began trying to, in his own words, “make films politically” rather than merely make “political films,” and the result was a fertile period of intellectually rigorous work shot on 16mm. My personal favorites in this set are Wind from the East, a Brechtian western that has affinities with Weekend, and which contains a remarkable moment where Godard, in voice-over, takes Sergei Eisenstein to task for being too influenced by “the imperialist D.W. Griffith”; and Vladimir and Rosa, the closest Godard ever came to making a Chicago movie — his comical treatise on the trial of the Chicago Eight begins with a scene of Juliet Berto being beaten up by some Keystone Cops-like cops, and thus picks up where Medium Cool left off (boo-yah!). Among the copious extras: a beautiful, 60-page color booklet, an extended 2010 video interview with Godard, and a hilarious, anti-capitalist Schick commercial from 1971 in which Godard shows a volatile argument about Palestine between a man and a woman being improbably resolved by the scent of the man’s after-shave. 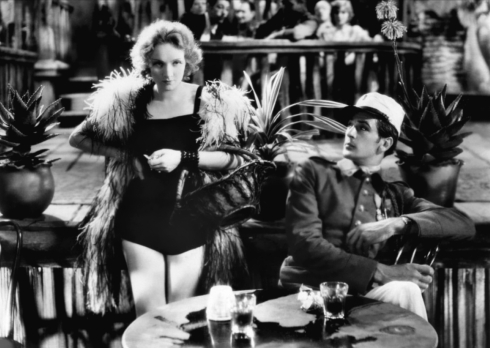 The greatest director/actress pairing in cinema history gets the deluxe restoration/re-release treatment it deserves with this amazing six-film Blu-ray set from the Criterion Collection. Josef Von Sternberg and Marlene Dietrich, hot on the heels of their instant German classic The Blue Angel, reunited in Hollywood for a series of luminous, exotic, witty and transgressive films at Paramount Pictures (from 1930’s Morocco, which introduced Americans to Dietrich’s sexually ambiguous, cabaret-act persona, to 1935’s The Devil is a Woman, a film about erotic shenanigans in a backlot/fantasy version of Spain that ended the Dietrich/Von Sternberg partnership on an appropriately lurid high note). Von Sternberg arguably knew more about lighting than any other director and that’s why it’s so fucking sweet to see these nitrate masterworks so exquisitely rendered in HD. And the extras, which explore every nook and cranny of the films (e.g., Farran Smith Nehme’s very welcome essay on Von Sternberg’s behind-the-scenes collaborators “Where Credit Is Due”), are amazing and worth the price of admission alone.

Did you know that there were more women directing movies in America from the mid-1910s through the early-1920s than there have been at any time since — including the present day? I sure didn’t until I absorbed the contents of this gargantuan box set, an impressive work of historical reclamation that collects no less than 55 important female-directed movies from the silent era (including shorts, features, and fragments) totaling over 25 hours worth of material. The special features (documentaries, audio commentaries, a lengthy booklet, etc.) contextualize this work within the sad narrative of how these pioneers were eventually forced out of the industry, written out of history and forgotten — until now. The movies themselves are almost impossibly diverse — slapstick comedies, westerns, mystery serials, melodramas, ethnographic documentaries, and even, in Alla Nazimova’s astonishing Salome, the first American “art film” — you name it, it’s here. And it’s essential.

For those who might find the sheer scope of this set daunting and don’t know how to begin diving into it, here are my own top 10 favorite films from the box (the “Greatest Hits,” if you will, of Pioneers: First Women Filmmakers):