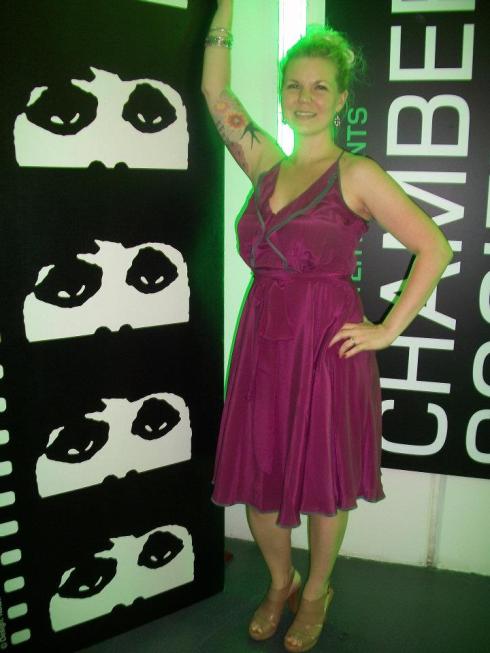 The line-up for the 47th Chicago International Film Festival wasn’t as exciting as the 46th (which saw the local debuts of the most anticipated offerings from Cannes, Certified Copy and Uncle Boonmee Who Can Recall His Past Lives, and brought Guillermo del Toro to town besides). This year, they curiously failed to nab even the highly buzzed top prize winners from Berlin (A Separation) and Venice (Faust). Still, while the CIFF isn’t perfect, it is the best festival Chicago has to offer; and with a hundred and fifty movies from fifty countries to choose from, there was still plenty to get excited about. I intentionally tried to make my selections as varied as possible and managed to take in eight films from eight different countries – from hardcore art films to escapist genre fare to things that fell somewhere in between. Several of the below titles will feature prominently on my “ten best” list of 2011.

Is there a contemporary director with a keener compositional eye than Nuri Bilge Ceylan? This haunting drama, a journey to the end of a long Turkish night, concerns the efforts of police officers, a prosecutor, and a doctor to lead a confessed murderer to the rural site where he allegedly buried his victim. The movie’s mesmerizing first two thirds feature gorgeous landscape photography that captures the Turkish countryside in stunningly composed long shots illuminated primarily by the yellow headlights of the police convoy. But like the great recent Romanian film Police, Adjective, Ceylan merely uses the “police procedural” as a pretext to investigate what might be termed the soul of his country. The final third, which takes place the following morning at an autopsy in a nearby town, reveals Anatolia‘s hidden moral center (the dialogue exchanges between the doctor and the prosecutor take on an increasing symbolic importance) and establishes this as one of the key movies of the 21st century.

Or a speculative biography of the cabman whose whipping of a horse allegedly drove Nietzche mad. Bela Tarr’s final film, co-directed by his editor Agnes Hranitzky, covers six days in the life of the cabman ostensibly right after the famous anecdote took place. There is very little dialogue in this slowly paced, minimalist, amazingly photographed study of the cabman’s life. Instead, we see him and his daughter (played by Erika Bok, the little girl from Satantango) prepare meals and perform household chores in real time, a la Jeanne Dielman, as their lives spiral increasingly downward into a mysteriously apocalyptic despair. Like Nuri Bilge Ceylan, Tarr is sometimes unfairly labelled an austere “miserabilist” (let us not forget that Satantango actually contains a fart joke) and, like Once Upon a Time in Anatolia, there is a vein of mordant deadpan humor running through this movie that did not elude the packed house I saw it with. Eliciting the most chuckles was a scene where the cabman gives a curt response to a long-winded and pretentious monologue by a visiting neighbor, which mirrors Tarr’s own responses to those who attempt to analyze his work. I can’t wait to see this again.

In this sweet and quirky comedy from Finnish director Aki Kaurismaki an elderly shoe shiner defies immigration authorities by helping a young African refugee in the French port town of the title. As the shoe shiner, Andre Wilms reprises his “Marcel Marx” character from Kaurismaki’s terrific 1992 tragicomedy La Vie de Boheme. If Le Havre isn’t quite as good as that earlier film (which I still think is the director’s best), it nonetheless resonates as a humane and refreshingly optimistic portrait of a neighborhood full of decent people coming together for a common good. I especially liked the unexpectedly touching relationship that develops between Marcel and an adversarial police inspector, which put me in the mind of the friendship between Rick Blaine and Captain Renault in Casablanca. This has added appeal for fans of pre-nouvelle vague French cinema as it is studded with references to classic movies from that era (e.g., important characters are named Arletty and Becker). Like most of the director’s work, this is nothing more or less than a good small film. 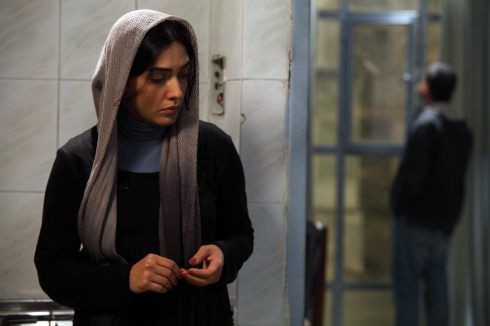 A recently disbarred female lawyer living in Tehran must cope with her husband’s imprisonment and the decision of whether to have an illegal abortion, all while attempting to bribe the necessary officials in order to leave the country. It is impossible to separate this raw and harrowing portrait of Ahmadinejad’s Iran from the story of its making: it was directed under semi-clandestine conditions by Mohammad Rasoulof, a filmmaker facing a six year prison sentence on trumped up treason charges, and then smuggled out of the country for international distribution. The tone is undeniably (and understandably) bleak and despairing but this has an urgency that few contemporary movies can match.

Turn Me On, Dammit!, which premiered as Turn Me On, Goddammit! at the Tribeca Film Festival before receiving a title modification, is the best coming-of-age teen-sex comedy I’ve seen in ages, perhaps because it’s so truthful and frank in its depiction of teenage sexuality (with all of the awkwardness and confusion that implies), a quality with which its Hollywood counterparts cannot compete. Alma is a 15 year old sex-obsessed girl living in a small Norwegian town. After becoming embroiled in a local scandal (she claims Artur, a popular boy, poked his erect dick against her hip, a charge he denies), she finds herself becoming a pariah at her school. Meanwhile, her best friend Saralou dreams of moving to Texas so that she can protest capital punishment. This is the first fiction feature by Jannicke Jacobsen, a young director known previously for her documentaries, and she shows an impressive feel for childhood (the cast of non-professional performers is amazing) while painting a deft, universally relatable portrait of small town boredom. 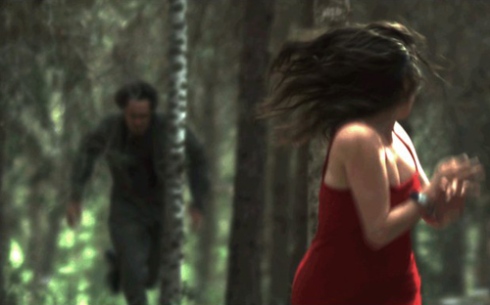 A quartet of young, attractive people cross paths with a knife-wielding maniac while traveling through a rural area. Think you’ve seen this movie before? Actually, you haven’t. The first ever horror film from Israel (made by first time writer/directors Aharon Keshales and Navot Papushado) is a nasty, darkly funny exercise in subverting the viewer’s expectations of the slasher genre. Even more so than most horror movies, Rabies is best seen without knowing too much in advance; let me just say that the title is metaphorical rather than literal, positing violence itself as an infectious disease, and that the full allegorical implications of the film (one could argue it would not be as effective had it been made anywhere but Israel) only gradually become clear as the scenario unfolds. An unusually creative employment of cross-cutting and some eardrum-bursting sound effects made my heart stop repeatedly during the 90 minute running time. Not for the faint of heart but horror fans should seek this out. 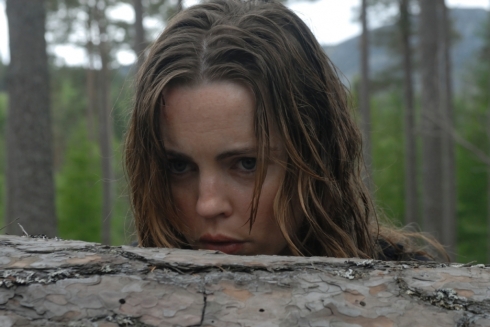 This low-budget but well-made British thriller begins like a horror film (mountain climbers accidentally stumble across a little girl imprisoned underground by unseen villains) before transitioning into an urban action movie revolving around a kidnap and ransom plot. Along the way there is some breathtaking scenery of the Scottish Highlands, a few tense, crisply edited set pieces and a commanding lead performance by Melissa George. As far as genre material goes, this lacks the originality (not to mention the bat-shit crazy quality) of something like Rabies and consequently isn’t as much fun. But as an exercise in suspense-building, it’s a solid piece of craftsmanship that marks its young director, Julian Gilbey, as someone to keep an eye on.

The Last Rites of Joe May begins with the title character, an aging “short money” hustler, being released from hospital after a lengthy stay only to find that his landlord has rented his apartment to someone else. From there, Joe’s luck only gets worse as he is unable to find work or repair a broken relationship with his estranged son. Can he find redemption in the unlikely friendship he forges with a young single mother who is being abused by her scumbag cop-boyfriend? Writer/director Joe Maggio has cited influences as disparate as Umberto D and The Friends of Eddie Coyle and yet this mostly feels like an uninspired mash-up of more recent films like The Wrestler, Crazy Heart and Gran Torino. Dennis Farina, a great character actor who isn’t often given leading roles, and the Chicago locations both shine. They also deserve much better than the cliched story that envelops them.