A continuation of the list of essential pre-Nouvelle Vague French sound era movie titles that I began earlier this week. This part of the list encompasses films released from 1946 – 1959.

Jean Cocteau, with an uncredited assist from Rene Clement, directed this beautiful and poetic adaptation of the well-known fairy tale about a young woman, Belle, who sacrifices herself to a grotesque half-man/half-beast creature in order to save her father’s life. But the more she gets to know the beast, the more she realizes his hideous exterior conceals a sensitive soul . . . This was a belated follow-up to Cocteau’s Surrealist classic debut, The Blood of a Poet, and it was worth the wait. A million miles from the Disney-fication of such material, Cocteau’s film begins with the unforgettable title card “…and now, we begin our story with a phrase that is like a time machine for children: Once Upon a Time…” and then proceeds to capture the true essence of fairy tales, with all of the darkness that implies.

Jacques Tati’s underrated first feature is a delightful slapstick comedy about Francois (Tati himself as a forerunner to his beloved M. Hulot character), a rural postman who becomes obsessed with delivering mail efficiently after viewing a documentary on the high-tech U.S. Postal Service. Although there is dialogue in the film, it remains secondary to Tati’s incredible sight gags, which rival the best of Buster Keaton and Charlie Chaplin in their sheer ingenuity (the runaway bicycle scene is a standout). This was shot in a primitive color process known as Thomson Color though not seen that way until 1995 when Tati’s daughter oversaw the development of a new version that restored the film as closely as possible to her father’s original vision. A revelation. 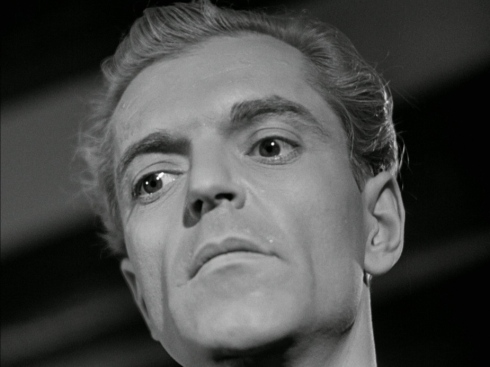 Jean-Pierre Melville was a spiritual godfather to the Nouvelle Vague not only because his work expressed such an obvious love of cinema but also due to the fierce independence evidenced by the low-budget/shot-on-location/documentary-style aesthetic of his early films. This self-financed World War II drama concerns a German soldier (Howard Vernon) who takes up residence with an elderly Frenchman and his niece while convalescing from a wound. Neither of the French characters speak a word as the German regales them with verbose monologues but the niece eventually falls in love with the soldier, a feeling on which she will never be able to act. This austere and intimate chamber drama is played out as a series of carefully orchestrated glances aided by a use of voice-over narration that would clearly influence not just the New Wave but Robert Bresson as well.

Jacques Becker’s magnificent recreation of La Belle Epoque is an exquisite romantic melodrama about a gangster’s moll (a terrific Simone Signoret) who also becomes the object of affection of two other men – with predictably tragic results. But Casque d’Or (the film takes its title from the nickname of Signoret’s character) is less about plot than atmosphere. All of the period details feel correct but it is the beautiful cinematography of Robert Lefebvre that elevates this to the front rank of the best French movies ever; the almost overly-bright, poetic, Impressionistic images lend the movie a nostalgic tone even when, or perhaps especially when, the story is at its darkest. 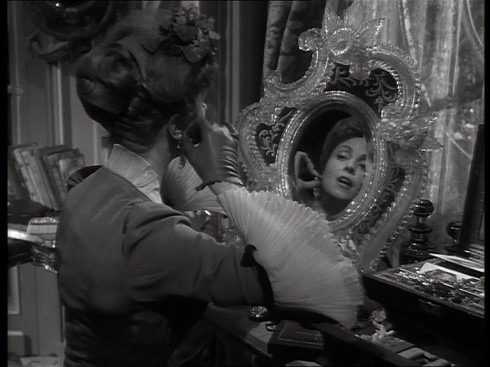 Austrian-born director Max Ophuls made what are arguably the most elegant movies of the classic French cinema; his much beloved tracking shots find their perfect complement in narrative structures that continually circle back on themselves, like a waltz, before resolving in a typically tragic denouement. Letter from an Unknown Woman, from Ophuls’ brief stint in Hollywood, is my favorite of his films but I think Madame de . . . is the masterpiece of his lengthier French career. The unnamed title character is the wife of a general in the French Army who sells her most expensive pair of earrings to pay off a debt, an act that becomes a catalyst for a chain of events bringing about her ruin. Apart from the aforementioned formal grace, the lead performances (from Daniel Darrieux, Charles Boyer and the very suave and refined-looking Italian director Vittorio de Sica) are sublime.

Jacques Tati’s classic comedy, the first outing for his legendary M. Hulot character, opens with a sly title card asking the viewer not to expect a plot since the movie is about a holiday and holidays are meant to be fun. From there we follow the bumbling title character as he arrives at a beach-side resort hotel and, in a series of plotless and near wordless scenes, proceeds to comically wreak havoc everywhere he goes. (Especially memorable is Hulot’s riotous visit to the tennis court.) Not only a very funny film but, thanks to Tati’s eye for the geometry of the frame, a very beautiful one as well.

Henri-Georges Clouzot’s masterpiece of machismo details the harrowing adventures of four down-on-their-luck European expatriates in Venezuela who agree to the extremely dangerous job of transporting truckloads of nitroglycerine across South American mountain roads in exchange for a large sum of money. This is a gritty, tense, brutal and undeniably exciting adventure movie that also offers, in the character of an anti-union American oil company boss, an intriguing critique of capitalism besides. The Wages of Fear deservedly made Yves Montand an international star and went on to exert a big influence on Sam Peckinpah who tipped his hat to the opening of this film with a similar children-torturing-insects scene at the beginning of The Wild Bunch many years later.

After a 15 year exile, in part due to the Nazi occupation of France, Jean Renoir’s homecoming saw him reunite with actor Jean Gabin to create the most distinctly Gallic film of his famed career. French Cancan tells the story of Henri Danglard (Gabin at his most charismatic), the womanizing impresario who founds the Moulin Rouge and helps to inaugurate the Cancan dance craze while staying just a half-step ahead of his creditors. Françoise Arnoul and Maria Felix play Danglard’s rival romantic interests, both of whom realize that they will have to take a back seat to the scoundrel’s true love: his career. Renoir’s gorgeous visual style takes its cues from the lithographs of Toulouse-Lautrec, most impressively in the Cancan climax, which I’ve described elsewhere on this site as a “near orgiastic riot of form and color.”

Jacques Becker segues from the underworld of La Belle Epoque in Casque d’Or to the gangsters of the modern world in Touchez Pas au Grisbi, a massively influential crime/noir film that laid down a template for Jean-Pierre Melville and many others to follow. The plot centers on Max (Gabin again, this time in world-weary mode), an aging gangster whose retirement after a last big score proves short-lived when his former partner is kidnapped and he is asked to put up their loot as ransom. Marvelous black and white cinematography compliments what is essentially a love story between two men, plus Gabin gets to slap a lot of people around. Look sharp for future stars Lino Ventura and Jeanne Moreau in minor roles.

The true story of the infamous slut of the title (Martine Carol) whose sexual appetite was so voracious that she wound up becoming a 19th century circus attraction. As Rafael Nadal once said, “How crazy is the life?” Max Ophuls’ great final film features an ambitiously non-chronological structure, a la Citizen Kane, that alternates between present day scenes where the circus ringmaster (Peter Ustinov) recounts Lola’s exploits with flashback scenes to her youth, beginning with a tryst with Franz Liszt and continuing through many other men. Ophuls’ trademark bravura visual style is taken to an almost freakish extreme with the addition of Eastmancolor but Carol’s performance is the key here; she and Ophuls conspire to make Lola a figure of intense sympathy and identification throughout. Unfortunately, Lola Montes was a commercial disaster upon release and was soon heavily recut from its original 140 minute version. The recent restoration, which can be seen on Criterion’s magnificent 115 minute blu-ray, is the most complete the film is ever likely to be. 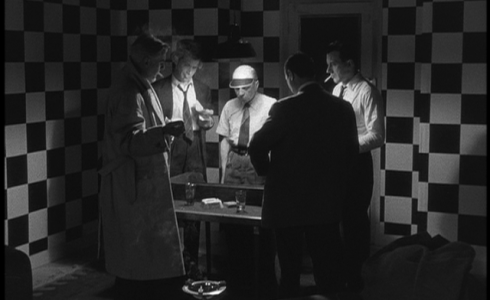 The film where Melville became Melville. With a tip of his fedora to The Asphalt Jungle, the brilliant French writer/director tells an irresistible shaggy dog heist story about one Bob Montagne, an aging gangster/gambler who dutifully maintains an impeccable sense of personal style even when on a losing streak. Eventually, Bob’s bad luck causes him to hatch a scheme to rob the casino in Deauville, a journey to the end of night that leads to one of the wittiest punch lines in cinema. Melville’s depiction of the Montmartre demimonde is so pungent you can smell it and his mise-en-scene, with its chiaroscuro lighting and emphasis on black and white checkerboard patterns, set a new standard for cinematic cool.

Robert Bresson’s minimalist drama, based on the memoir of a real life French Lieutenant’s escape from a Gestapo prison, unforgettably conveys one man’s relentless desire to regain his freedom. Eschewing the easy thrills so common to the Hollywood treatment of this type of subject matter, Bresson instead zeroes in on the specific process of how Lieutenant Fontaine acquires, creates and utilizes the tools that enable his escape plan to work. The stringent use of close-ups of hands at work, accompanied by a use of heightened sound effects and an extensive employment of first person voice-over narration, draws the viewer into Fontaine’s world to an almost unbearably intense degree. This is on my short list of near-perfect movies.

Robert Bresson’s loose adaptation of Crime and Punishment transposes Dostoevsky’s novel to contemporary Paris, replacing Raskolnikov’s senseless murder of an old woman with the story of a young man who drifts into a life of crime for which he was not made. What remains the same are the hero’s confused Nietzschean beliefs, the cat-and-mouse game he plays with the local police inspector and the hint of spiritual rehabilitation that is triggered by the love of a young woman. The actual pickpocketing sequences are virtuoso pieces of camera choreography but, as in all of Bresson’s movies, the sum is greater than its individual parts, resulting in a deeply moving, spiritually exultant work of art.