Why Honore de Balzac is the Father of Louis Feuillade

“‘. . . the Ten Thousand Society is an association of major thieves – men who work only on a large scale, and refuse to meddle in anything that brings in less than ten thousand francs. This society includes all the most notable men we ever bring to the assizes. They know the law, and they never do anything that may involve the death penalty if they’re caught. Collin is their confidential advisor. With his immense resources, he’s managed to build up a private police force with agents everywhere; and he has surrounded it with impenetrable secrecy. We’ve had spies all around him for twelve whole months, and we still can’t make out what his game is. His money and his talents are always at the service of crime and vice, and the whole thing keeps an army of blackguards in a perpetual state of war against society. If we can lay hands on Tromp-la-Mort, and get hold of his bank, we can cut the evil at its root. The hunt for him has become a matter of official high policy, and it will honor anyone who contributes to its success. You yourself, Monsieur Poiret, might be found a job in the administration again. You might become, say, a secretary to a police superintendent, and still be allowed to draw your retirement pension.'” 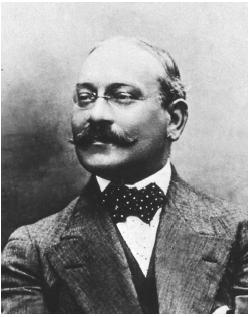