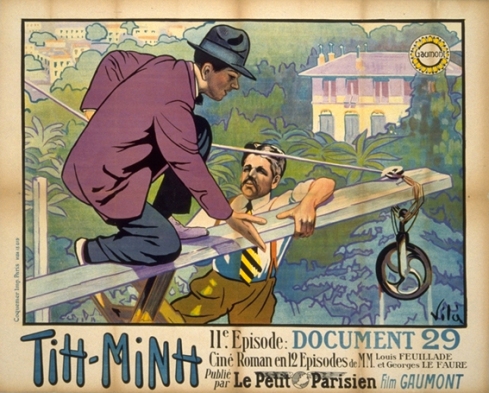 In the past week, this blog has reached the milestone of having been viewed 100,000 times. To celebrate, I am posting a list of my favorite films of all time, one that I have been working on for what feels like forever. A wise man once said that favorite movies were always the hardest to write about and, after compiling the list, I heartily concur. I worked mighty hard to write the capsule reviews of my ten favorite movies that you’ll find below, attempting to nail down exactly what qualities they possess that has made them so impactful to me from points of view both personal (as an “ordinary” movie lover) and professional (as a film studies instructor and blogger). Below the list of my ten favorites you will also find a list of 200 runners-up that has been divided into eight groups of 25 in descending order of preference.

This highly personal list, which is actually a list of my 210 favorite movies, has literally been a lifetime in the making. I hope you enjoy it.

In F.W. Murnau’s lyrical, late-silent masterpiece, a farm boy from Minnesota travels to Chicago to sell his family’s wheat crop. He unexpectedly returns home with a new bride, an event that threatens to fracture his relationship with his skeptical parents who regard his big city wife as a shameless gold digger. This begins as an unforgettable portrait of urban loneliness (Mary Duncan’s title character keeps a fake bird in a cage as a pet) before moving to the wheat fields of Minnesota for some of the most gorgeous pastoral imagery ever captured on celluloid. Murnau knew how to put emotion into camera movement, something that is very difficult to do, and that skill is more evident in City Girl than any of his other considerably estimable films.

Andrei Tarkovsky’s austere, epic biopic of the famed 15th century icon painter is for my money the greatest movie ever made about the life of an artist. Told in vignette fashion, Tarkovsky depicts Rublev’s story against the turbulent backdrop of medieval Russia during the Tatar invasions. The highlight is the climactic sequence where Rublev, who has sworn a vow of silence in protest of the horrors he has seen, witnesses a mere boy overseeing the arduous process of the casting of a giant bell. The boy saves himself from government execution by successfully casting the bell in spite of the fact that he doesn’t really know what he’s doing. At the conclusion of this awe-inspiring 30 minute scene, the depiction of a miracle that feels like a miracle of filmmaking, Rublev is inspired not only to speak again but to continue painting and to create his greatest works.

Jacques Rivette and Suzanne Schiffman’s legendary 12-and-a-half-hour serial is Feuillade made modern, where the directors use an expansive running time to tell various mystery stories, most of them unresolved, which also serves as a psychic x-ray of the 1960s French counterculture and the apotheosis of the entire Nouvelle Vague. Rivette and Schiffman intercut between four different plots: two seemingly unrelated theater troupes rehearse different Aeschylus plays while two seemingly unrelated con artists (Jean-Pierre Leaud and Juliet Berto) ply their trades in the cafes and streets of Paris. The con artists each receive information about “the 13,” a secret society with its origin in Balzac that may or may not currently exist. Their investigations lead them to interact with various members of the theater troupes as Rivette and Schiffman slowly bring their narrative threads together and reminds us why paranoid conspiracy theories not only exist but are paradoxically comforting: they make us feel that disparate, unconnected events may be related and therefore part of a meaningful design. An intellectually vigorous, terrifying, funny, challenging and life-altering work. 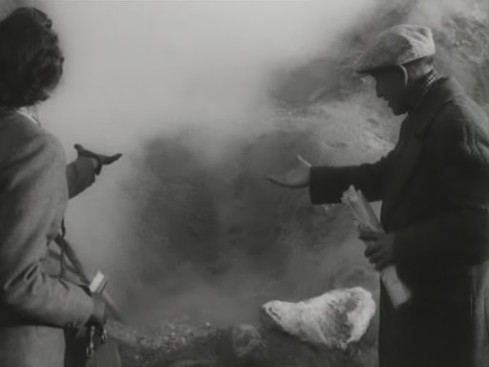 The Joyces (the incredible duo of Ingrid Bergman and George Sanders) are a married couple from England who travel to Naples to settle the estate of a recently deceased uncle. With the precision of a surgeon, director Roberto Rossellini shows how the romance has gone out of their marriage due to petty jealousies, mutual misunderstandings and a breakdown in communication. As the characters wander alone through Naples and nearby Pompeii, the viewer comes to realize that they do still love one another but are merely incapable of expressing it. Can a miracle save their relationship? This is the best movie ever made about marriage, a subtle, elegant, deeply spiritual film that uses the Italian landscape, both urban and rural, and the inexorable pull of ancient history to comment on the possibility of love in the modern world.

Yasujiro Ozu’s supreme masterpiece tells the story of an elderly Japanese couple who travel from their rural hometown to visit their grown children in the title city, only to find that their children don’t have much time to spend with them and even treat them as a nuisance. Rather than condemn any of his characters the way you would expect a Hollywood melodrama to do, Ozu’s patient, observant, non-judgemental eye sees the disintegration of the family as the sad but natural order of the universe. The heart of the film is the performance of Ozu’s favorite actress Setsuko Hara as Noriko, the elderly couple’s daughter-in-law, whose smiling countenance seems to radiate an almost overwhelming warmth and humanity. When one embittered character tells her that life is disappointing, Noriko’s resigned, smiling response is “Yes, I’m afraid it is.” Sublime.

Robert Bresson’s swan song, as tight and compressed as a Ramones song, is a masterful update of Tolstoy’s short story The Forged Note. Bresson’s ingenious narrative follows a counterfeit bill, initially passed off in a shop as a schoolboy prank, which sets off a chain of events (an “avalanche of evil” in the director’s own indelible words) that ends with a young man murdering an entire family with an axe. This vital, rigorous movie, made when the director was 81 but seeming like the work of a much younger man, is the ultimate artistic statement about the potentially destructive power of money.

Carl Dreyer’s final film is an adaptation of Hjalmar Soderberg’s 1906 play of the same title and its deceptively theatrical character is also reminiscent of Ibsen (a protoypical feminist heroine) and Strindberg (the eternal conflict between men and women). But there are few films as truly and wonderfully cinematic as Gertrud, whose unique combination of stillness, slowness and whiteness is perfectly suited to capturing the title character’s near-religious view of romantic love as an uncompromising ideal. A lot of men seem to love Gertrud but none love her as much as she requires and so she chooses to live alone – without regrets. Unforgettable for its use of long takes (one of which clocks in at 10 minutes) and Nina Pens Rode’s luminous lead performance.

The greatest western ever made is also the greatest American movie ever made. Before filming began, John Ford described The Searchers as “a kind of psychological epic” and indeed this complex take on the settling of the West, with its head-on examination of racism, finds an appropriately tragic hero in the character of the mysterious Ethan Edwards (John Wayne in his best and most nuanced performance). Spurred on by an unrequited love for his deceased sister-in-law, the maniacal, Indian-hating Edwards will stop at nothing to recapture his nieces who have been kidnapped by Comanche Indians. “We’ll find ’em,” Ethan says in a line of dialogue worthy of Melville, “just as sure as the turning of the earth.” The dialectic between civilization and barbarism posited by Ford, with Ethan standing in a metaphorical doorway between them, would have an incalculable effect on subsequent generations of filmmakers. 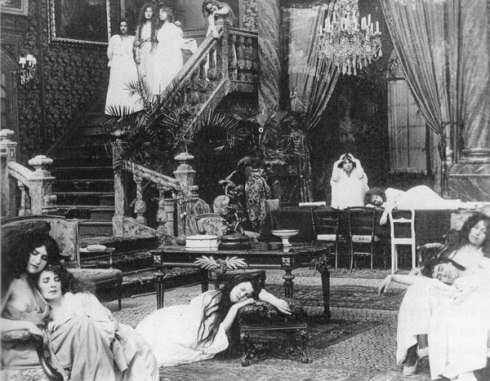 Louis Feuillade’s ridiculously entertaining 7-hour mystery serial features kidnappings, daring escapes, slapstick fistfights, secret messages coded in an ancient Hindu dialect, “forgetfulness potions,” various forms of mind control, a mountaintop cliffhanging climax, and many, many badass disguises. It also uses an international espionage plot to reflect on World War I and allegorize contemporary French fears about the insidious nature of Bolshevism; the hero is a French explorer and his chief rival is an evil German doctor named Marx. The hero’s maid turns out to be a villainess who is secretly in Marx’s employ and one of the key title cards is another character’s incredulous exclamation that “Marx is here!” The entire espionage genre, including Fritz Lang’s Mabuse cycle and the James Bond films, have their origins here but Feuillade’s masterpiece remains the best movie of its kind. 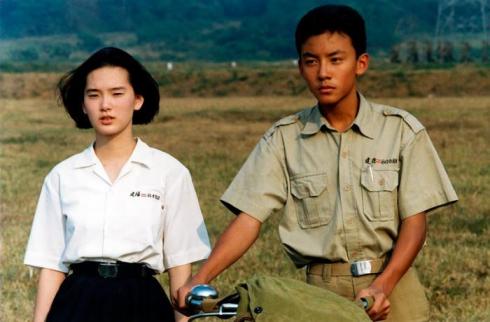 Edward Yang’s four hour epic about juvenile delinquents in 1950s Taipei marries the ambitious societal portraits of the 19th century Russian novel (one gang leader even references War and Peace, memorably calling its characters “swordsmen”) with the romanticism, iconography and intense identification with outsiders characteristic of a Nicholas Ray picture. In other words, the personal story (involving a troubled fourteen year old kid played by future adult star Chang Chen) can be seen as an allegory for the identity crisis of an entire nation struggling to define itself in the aftermath of World War II. I saw a 35 millimeter print of this over a decade ago and I emerged from the theater unable to speak. No moviegoing experience has shaken me more profoundly to the core than that one.