Here are my top 10 favorite films of the year (including only titles that premiered in Chicago theatrically in 2019) followed by a list of 15 runners-up. I’ve linked to my original reviews where applicable and offer new thoughts on some of the others that I haven’t written about elsewhere. Enjoy!

“As in the films of Pedro Costa, Allah gives a voice to the voiceless while solidifying his own unique cinematic language.” My review at Time Out Chicago here. 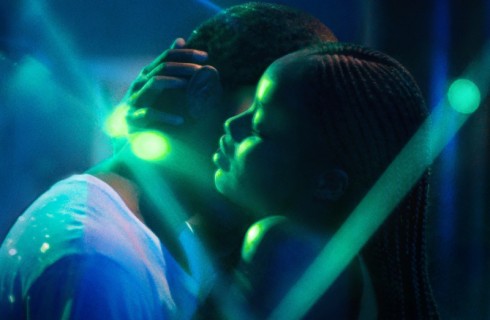 The ghosts, or “djinns,” of the shipwrecked Senegalese migrant workers in Diop’s poetic first feature are specific to Islamic culture but are universal in the sense that, as in all good ghost stories, they can’t be laid to rest until the earthly wrongs done them have been avenged. At least that’s the case in this film for most of the spirits that return home to Dakar to possess their girlfriends and demand back-wages from their greedy former employer. An exception is Soulemaine, a teenager who merely wants consummation of the relationship with his true love, Ada, that he was always denied in life. A work of astonishing cinematic maturity that put me in the mind of Val Lewton, Claire Denis and Djibril Diop Mambety (Mati’s uncle), this contains potent metaphorical images that resonate on multiple levels. “The case is closed.”

The Safdie brothers’ masterpiece to date is a shot of pure cinematic adrenaline. Adam Sandler cuts a Shakespearean figure as a gambling-addicted jewelry store owner whose life is spiraling out of control — a lovable scumbag cloaked in a majestic desperation.

Not unlike a sci-fi Dirty Dozen, the plot concerns a bunch of prisoners condemned to death on earth who are sent on a dangerous mission to outer space where they attempt to harness the energy from a black hole in order to save humanity. But Denis’ philosophically-inflected futuristic journey is more like 2001: A Space Odyssey or Stalker in that it’s ultimately more about “inner space,” baby — specifically, confronting the abyss of the “taboo.” Juliette Binoche in the fuck box = peak cinema.

6. I Was at Home, But… (Angela Schanelec, Germany)

“While her title may reference Ozu’s coming-of-age classic I WAS BORN, BUT… and a prologue and epilogue featuring a donkey obviously nod to Bresson’s AU HASARD BALTHAZAR, Schanelec ultimately generates a sense of transcendence through an employment of image and sound that is entirely her own.” Full Cine-File capsule review here.

Unlike some of my colleagues, I don’t feel hostility towards Malick’s 21st-century output but it’s also true that his post-Thin Red Line work has evolved in a direction that doesn’t really interest me. That’s why I couldn’t have been more surprised at how deeply moved I was by his beautiful new film, the story of an ordinary Austrian farmer, Franz Jägerstätter, executed for refusing to make a loyalty oath to Hitler after being drafted during World War II. Using real letters between Jägerstätter and his wife as the narrative backbone, Malick composes luminous images, aided by a relentless use of wide-angle lenses, to achieve a sustained spiritual intensity reminiscent of Bresson and Dreyer. This is also probably the best showcase ever for actors in a Malick film.

Everyone who saw Taika Waititi’s execrable Jojo Rabbit should be forced to watch Dumont’s Li’l Quinquin and its sequel, Coincoin and the Extra Humans, to see how a morally responsible filmmaker can use wacky comedy to show the rise of right-wing ideology in a small town and, consequently, how children can be indoctrinated into fascism.

“In spite of what some of his detractors think, Godard still believes in the elemental power of cinema, which is why the mesmerizing IMAGE BOOK is a more accessible work than even many of its champions would have you believe.” My review at Cine-File Chicago here.

I love The Irishman like Jimmy Hoffa loves ice cream but let’s not forget that Scorsese released two great films this year (his two best of the 21st century, in my opinion). In Rolling Thunder Revue, he revisits Bob Dylan’s celebrated 1975 tour, repurposing footage from the Bard of Minnesota’s own wild, self-directed 1978 film Renaldo & Clara and turning it into a fantasia about, in poet Anne Waldman’s words, “America’s search for redemption” (most evident in the scenes involving Rubin “Hurricane” Carter and the Tuscarora Indian Reservation). An overwhelming sensorial and emotional experience. Sharon Stone deserves a Best Supporting Actress Oscar nomination. 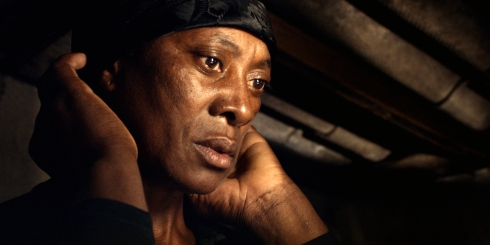 “Enter Vitalina Varela, a Cape Verdean woman whose sad story of attempting to join her husband in Portugal after decades spent apart, but arriving three days after his death, was first recounted during her brief appearance in 2014’s HORSE MONEY. Here, Varela is the whole show and her striking physicality and dramatic sotto voce line readings make her the most remarkable screen presence of 2019.” My interview with Pedro at Cine-File here.