All of these films first screened theatrically in Chicago for the first time in 2018. I’ve linked to my original reviews and podcast appearances where applicable and offer new thoughts on a few films I haven’t written about elsewhere. Enjoy.

10. The Woman Who Left (Lav Diaz, Philippines)
A companion piece to Diaz’s earlier Norte: The End of History, this nearly 4-hour epic  — about a woman being released from prison after 30 years and searching for the man who framed her — has more intelligent things to say about “revenge” than all of Quentin Tarantino’s movies put together.

9. First Reformed (Paul Schrader, USA)
Schrader’s howl of despair about the fucked-up state of our planet risks becoming ridiculous in order to reach the sublime.

8. Ash is Purest White (Jia Zhangke, China)
Jia again examines recent Chinese history, this time in a gangster movie/perverse love story about a couple whose tumultuous fortunes mirror those of their country.

6. 24 Frames (Abbas Kiarostami, Iran)
Kiarostami’s final film — and final masterpiece — contains the most innovative use of CGI I’ve ever seen. My capsule review at Time Out Chicago here. 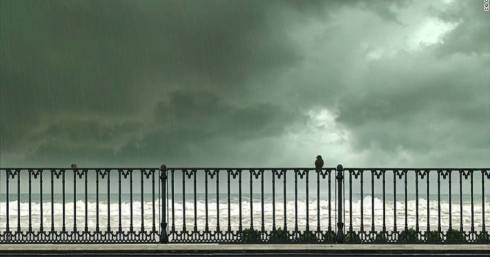 3. The Mule (Clint Eastwood, USA)
88-year-old Eastwood turns out a work of infinite moral complexity, as deeply moving as it is wacky, told with a visual economy worthy of comparison to late John Ford.

2. Zama (Lucrecia Martel, Argentina)
Martel confronts colonialism in 18th-century Argentina by focusing on an unexceptional man, and turns viewers into aliens in the process. My interview with the director at Time Out Chicago here.

1. The Other Side of the Wind (Orson Welles, USA)
In the same paradoxical way that the famous breakfast scene in Citizen Kane is both depressing (because it charts the dissolution of a marriage) and hilarious (because of the cleverness of the montage), The Other Side of the Wind is a profound meditation on death — the death of the old Hollywood studio system, the death of Orson Welles and, ultimately, the death of everything — that feels more thrillingly alive than any movie I saw in 2018. 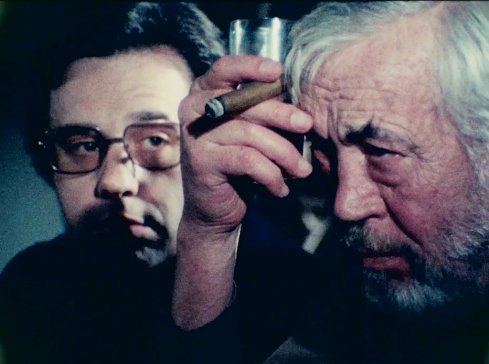 15. Good Manners (Juliana Rojas/Marco Dutra, Brazil) – A lesbian love story that mutates into a werewolf movie and has a lot to say about class, race, sexuality and gender in contemporary Brazil besides.

16. The Ballad of Buster Scruggs (Joel Coen/Ethan Coen, USA) – A darkly clever anthology film all about death and storytelling.

17. John McEnroe: In the Realm of Perfection (Julien Faraut, France) – This idiosyncratic doc is as much about cinema as it is about John McEnroe’s nearly perfect 1984 season. Capsule review for Cine-File here.

20. Shoplifters (Hirokazu Koreeda, Japan) – A film that shows, in great unclichéd detail, what it’s like to be poor.

21. Bisbee ’17 (Robert Greene, USA) The best kind of political film, one that encompasses the past and the present and shows how they’re inextricably tied. Capsule review at Time Out Chicago here.

22. Happy as Lazzaro (Alicia Rohrwacher, Italy) – You think it’s a work of neorealism then it shifts, unexpectedly and delightfully, into magical realism.

23. Minding the Gap (Bing Liu, USA) – The most harrowing movie moment of 2018: “You can’t beat up women but some bitches need to get slapped sometimes.”

24. Non-Fiction (Olivier Assayas, France) – Assayas at his wittiest, Juliette Binoche at her most radiant. Capsule review at Cine-File Chicago here.

Filmmaker, author and Film Studies instructor. END_OF_DOCUMENT_TOKEN_TO_BE_REPLACED
This entry was posted on Monday, December 31st, 2018 at 2:50 pm and tagged with 24 Frames, Abbas Kiarostami, Ash is Purest White, Burning, Clint Eastwood, First Reformed, Jia Zhang-Ke, Josephine Decker, Lav Diaz, Lee Chang-Dong, Lucrecia Martel, Madeline's Madeline, Orson Welles, Paul Schrader, Paul Thomas Anderson, Phantom Thread, The Mule, The Other Side of the Wind, The Woman Who Left, Zama and posted in All Best of Lists, Film Reviews. You can follow any responses to this entry through the RSS 2.0 feed.
« My Favorite Home Video Releases of 2018
The Last Ten Movies I Saw »