PAUSE OF THE CLOCK at Transistor Chicago 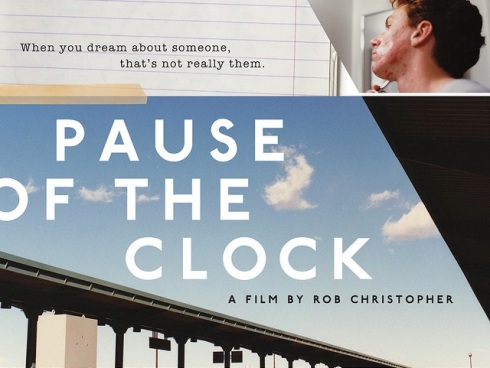 It is my great pleasure to announce I’ll be introducing a FREE screening of my friend Rob Christopher‘s fascinating 2015 meta-film Pause of the Clock at Transistor Chicago this Sunday, December 10. The screening will be followed by a Q&A with Rob that I will be moderating. You can hear an archival conversation of Rob and I discussing the film on Episode 14 of my (now-defunct) White City Cinema Radio Hour podcast from 2016 here. You can learn more about the screening, including the venue address and showtime, on Transistor Chicago’s website here. The official synopsis of Pause of the Clock is below:

The year is 1995. Two college roommates, Dylan and Rob, are making a movie called Crueler Than Truth with a group of their friends in Colorado and Chicago. During the shoot Dylan stumbles upon Rob’s diary and secretly begins to read it. His unsettling discoveries about who Rob really is, combined with his own hidden attraction towards him, gradually mesh with the “film within the film” to create a fragmented reality. Filmed in 16mm in 1995-1996, and recently completed after a successful Kickstarter campaign, Pause of the Clock is a living time capsule 20 years in the making.

Also, this seems like a good occasion for a reminder that I am co-producing Rob’s latest film venture, a documentary about the great Chicago-born-and-bred writer Barry Gifford titled Roy’s World: Barry Gifford & Chicago. The film will be released in late 2018. For the latest news on this exciting project, please follow the official Twitter feed of our film here.

Filmmaker, author and Film Studies instructor. END_OF_DOCUMENT_TOKEN_TO_BE_REPLACED
This entry was posted on Monday, December 4th, 2017 at 8:26 am and tagged with Barry Gifford, Pause of the Clock, Rob Christopher, Roy's World and posted in Chicago Movies. You can follow any responses to this entry through the RSS 2.0 feed.
« Interview with ‘Ida Lupino, Director’ author Therese Grisham
The Last Ten Movies I Saw »