The Best Films of the Year So Far

Now that we’ve reached the half-way point of 2017, it’s time to post a list of my favorite films of the year so far. A cursory glance at the list below should tell you that we’ve seen an uncommonly good six months of cinema. As is customary with all my lists, I’m only including films that first premiered in Chicago in 2017. This means I’m including titles that opened elsewhere in late 2016 (Silence, Toni Erdmann) while not including other worthy titles that had their first theatrical runs in 2017 after playing festival screenings here last year (A Quiet Passion, Raw). It will be yrev, very interesting to see what the next six months bring.

“Scorsese is one of America’s greatest living filmmakers and probably only he would have been capable of getting a big-budget art film like this financed by a major studio like Paramount.” Review here.

22. Such is Life in the Tropics (Cordero, Ecuador) – Chicago Latino Film Fest 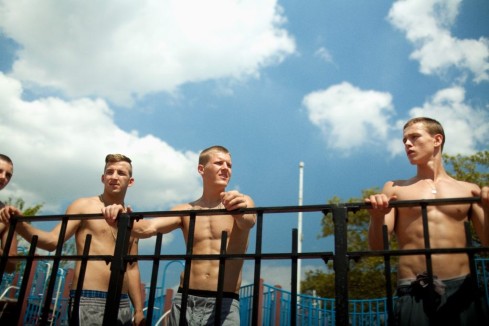 I really enjoyed this for the naturalistic performances and as a piece of “sensory cinema.” Still not sure about the contrived climax. 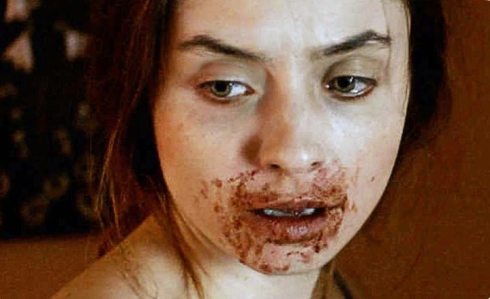 Not only well-crafted as horror, this Danish movie made by an Iranian writer/director in exile also succeeds as sly political allegory in the way it examines the unconscious xenophobia of a rich, ostensibly liberal hippie couple through their subtle mistreatment of a Romanian housekeeper. 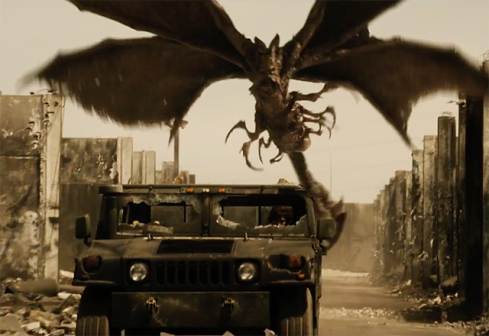 No one does 3D like W.S. Here I am getting ready to watch it the way it was meant to be seen.

“The film’s clever dual road-trip conceit allows Lavanderos to create a compelling Murnau-like dichotomy between city and country, past and present, and man and woman, but there’s also welcome humor in the characters’ differing attitudes towards ‘unplugging’ and letting go of the modern world.” Capsule review here.

“The voice work of Jim Broadbent and Brenda Blethyn as the central couple is magnificent and cinephiles should especially appreciate that their first date involves taking in a screening of John Ford’s Hangman’s House.” Capsule review here. 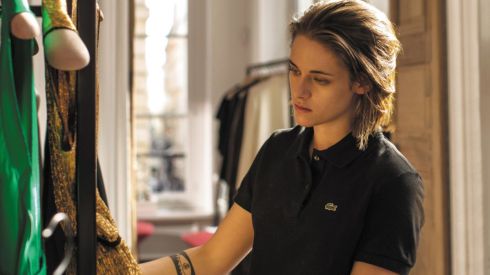 Jordan Peele uses the conventions of the horror film to comment on the horrors of racism in contemporary America. Sharp debut. 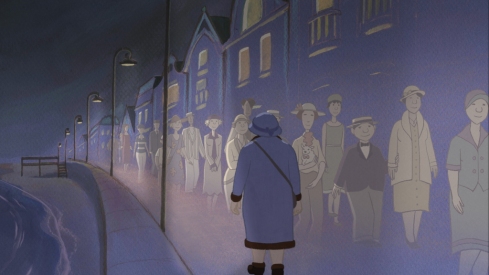 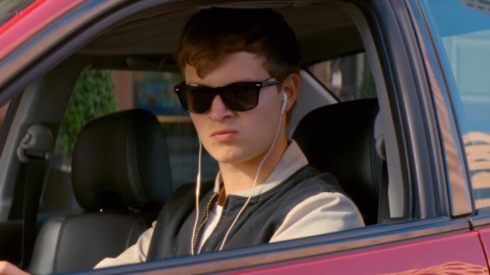 Baby Driver has a lot of virtues. Chief among them is the way it expresses a love for the simple act of listening to music.

“Austerlitz is a provocative and challenging German documentary on the subject of ‘Holocaust tourism’ by the Ukrainian director Sergei Loznitsa.” Capsule review here. 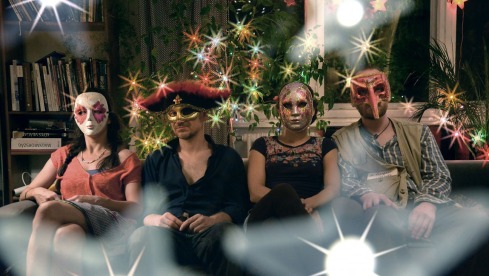 Brilliant Hungarian comedy about a dinner party with the in-laws gone wrong. More people need to see this. 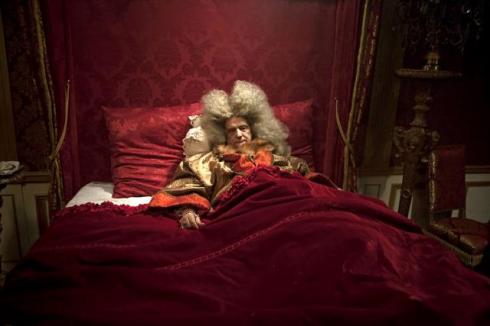 “The formal control of Serra’s precise compositions and exquisitely candle-lit interiors, which resemble 18th century paintings, is impressive but don’t let the somber veneer distract you from the movie’s most appealing aspect: its bizarre, poker-faced sense of humor.” Capsule review here.

“This incredibly complex and disturbing documentary by co-directors Tali Shemesh and Asaf Sudry does more to explain the culture of violence in the Middle East today than any other single work of art I know of.” Capsule review here.

“Viewers looking for an alternative to mindless summer blockbuster fare can do no better than to check out this visually sumptuous and surprisingly funny Civil War-era melodrama, which boasts a raft of great performances.” Review here.

“A masterful comedy/drama about a teenage boy (Victor Ezenfis) searching for the identity of his birth father (Mathieu Amalric), a journey that ends up taking on parallels to the Biblical stories of the birth of Christ and Abraham’s near-sacrifice of Isaac.” Capsule review here.

“The homoeroticism and mystical-jungle imagery may put one in the mind of Apichatpong Weerasethakul but the Catholic symbolism and meditation on solitude vs. companionship are distinctly Rodrigues’ own.” Capsule review here. 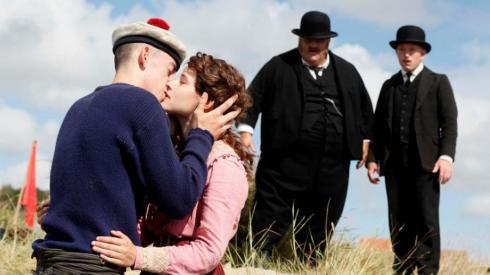 “As if the positive response to Li’l Quinquin has given him confidence, Dumont also successfully turns the wackiness here up to 11; Slack Bay is one of the funniest and craziest films in recent memory.” Capsule review here.

“Many critics have noted this thrilling adventure film is a ‘departure’ for Gray, although the classicism of the filmmaking and the focus on family dynamics make it all of a piece with his earlier New York-set dramas.” Interview with director James Gray here. 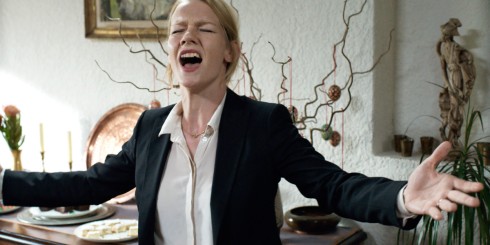 “The poignant father/daughter relationship at its core is as universal and timeless as that of Yasujiro Ozu’s Late Spring (although it is also given a refreshingly female-centric spin by its female writer/director).” Review here.

It’s darker, scarier, stranger and funnier than it was the first time around. It eschews the warmth and softness of the original’s 35mm film textures for a visual style that deliberately leans into the cold, hard, clean lines of high-definition digital (including a brilliant and extensive use of CGI). The long-awaited third season of Twin Peaks has been nothing short of a miracle for its first eight parts. Coming off of an 11-year filmmaking hiatus (his last major work being 2006’s sublime INLAND EMPIRE), David Lynch’s new incarnation of Twin Peaks feels so far like he fully intends it to be his magnum opus; there are times when watching it has put me in the mind of watching each of his 10 feature films, including Dune, even while the end result ultimately feels like he’s striking out in bold and exciting new directions.

Before the first two “parts” (he doesn’t like to call them episodes) aired on May 21, Lynch repeatedly referred to this limited series as an “18-hour movie.” Few had any clue at the time what that meant but six parts later, it’s obvious: the series’ gradual unfolding of its impossibly mammoth scope, in which 200+ characters are introduced in glacially paced scenes taking place in locations all over the world, has resulted in something both structurally and aesthetically radical: the masterful way Lynch has been carefully and slowly bringing these various narrative threads together forces viewers to completely rethink how a T.V. show should be watched and processed. In so doing, he’s created a work for the “small screen” that dwarfs all of the other “big screen” experiences on this list and cements his place alongside Ford, Hitchcock and Welles in the pantheon of the all-time greats of the American cinema.

Filmmaker, author and Film Studies instructor. END_OF_DOCUMENT_TOKEN_TO_BE_REPLACED
This entry was posted on Saturday, July 1st, 2017 at 10:28 am and tagged with David Lynch, Twin Peaks and posted in Film Reviews. You can follow any responses to this entry through the RSS 2.0 feed.
« Sofia Coppola’s THE BEGUILED
The Last Ten Movies I Saw »

2 responses to “The Best Films of the Year So Far”