WCCRH Episode 16: The Year in Review 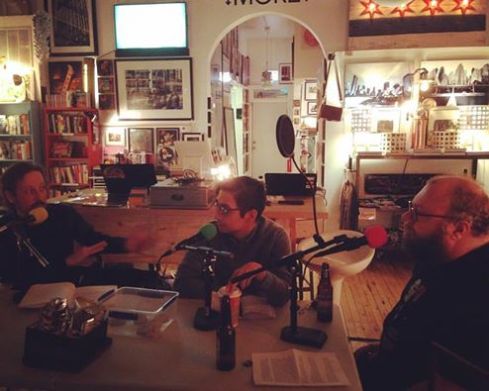 In episode 16 of the White City Cinema Radio Hour, I welcome my Chicago Independent Film Critics Circle brethren Jason Coffman (The Daily Grindhouse) and Daniel Nava (Chicago Cinema Circuit) back to the program to discuss the year in film. In this 85-minute “super-sized episode,” we each talk up our top five favorite films of the year as well as engage in a lively discussion of encouraging and discouraging cinematic trends and the most underrated and overrated movies of 2016. This episode was recorded in front of a live studio audience while beer and homemade peanut-butter cookies were consumed!

The episode can be streamed for free on the Transistor Chicago website.

Filmmaker, author and Film Studies instructor. END_OF_DOCUMENT_TOKEN_TO_BE_REPLACED
This entry was posted on Saturday, December 31st, 2016 at 10:56 am and tagged with Daniel Nava, Jason Coffman and posted in Interviews. You can follow any responses to this entry through the RSS 2.0 feed.
« My Top 50 Films of 2016
Martin Scorsese’s SILENCE »