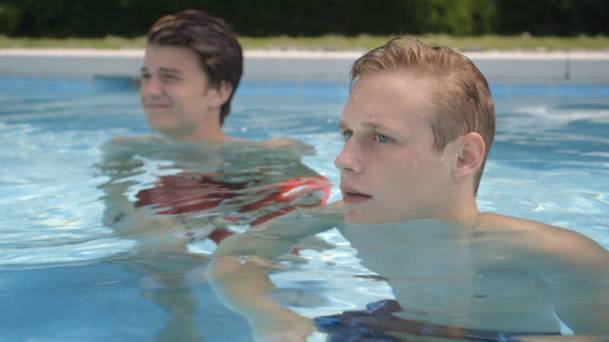 The 10th episode of the White City Cinema  Radio Hour is now online. First, I talk to critic Scott Pfeiffer about the Siskel Center’s EU Film Fest (with extended discussions of Chantal Akerman’s NO HOME MOVIE and Athina Rachel Tsangari’s CHEVALIER). Then I talk to Josh B Mabe about the impressive lineup of the Onion City Experimental Film and Video Festival (of which he is head programmer). Finally, I talk to Irvine Welsh on the 20th anniversary of TRAINSPOTTING. Plus, snippets of songs by Iggy Pop, Minne Riperton and Lou Reed. You can listen online here.

I also have an interview with Stephen Cone (an edited transcript of our podcast interview) in Time Out Chicago. Chicagoans should read it then check out his great film HENRY GAMBLE’S BIRTHDAY PARTY starring my homegirl Nina Ganet. It starts a weeklong run at the Gene Siskel Film Center tonight!