My Winnipeg at the Chicago Cultural Center 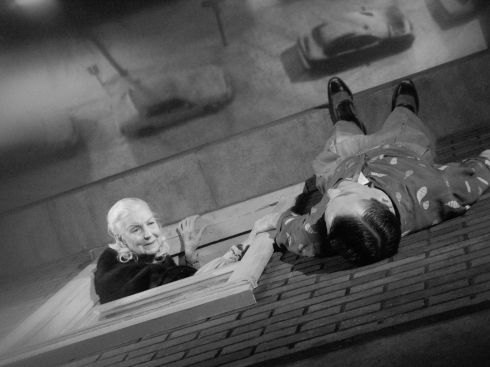 Next Wednesday, November 4, I will be moderating a discussion with a pair of architects, Design With Company co-founders and UIC professors Stewart Hicks and Allison Newmeyer, about Guy Maddin’s My Winnipeg at the Chicago Cultural Center (78 E. Washington St.). The discussion is part of a series called “Architects on Film” that the Chicago International Film Festival is presenting with special screenings of films that an architect or designer has curated. The event runs from 6:00 – 8:30 pm.

My Winnipeg (Guy Maddin, 2007) — Canadian filmmaker Guy Maddin conducts a personal tour of Winnipeg, Manitoba, the town where he grew up and still lives, in a film he calls a “docu-fantasia.” By combining archival footage and interviews, dreamlike camera work, and re-created scenes—including several with actress Ann Savage (Detour) playing the part of Maddin’s mother — the filmmaker builds a portrait of Winnipeg that manages to be historical, intimate, surreal, entertaining, and entirely his own.

For more information, visit the website of the Chicago Architecture Biennial. Hope to see you there!

Filmmaker, author and Film Studies instructor. END_OF_DOCUMENT_TOKEN_TO_BE_REPLACED
This entry was posted on Thursday, October 29th, 2015 at 7:57 am and tagged with Guy Maddin, My Winnipeg and posted in Uncategorized. You can follow any responses to this entry through the RSS 2.0 feed.
« Hitchcock/Truffaut and Under Electric Clouds at CIFF
Filmmaker Interview: Agnes Varda »

2 responses to “My Winnipeg at the Chicago Cultural Center”