4 Comments | posted in The Last Ten Movies I Saw 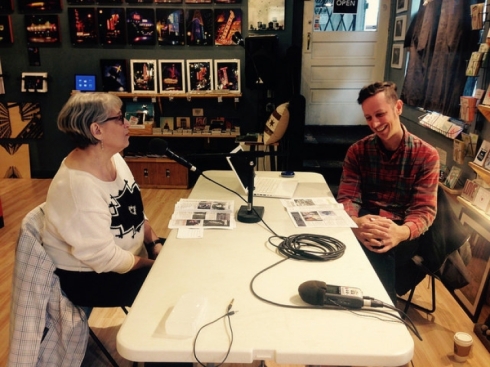 The second episode of my White City Cinema Radio Hour podcast is now online. My guests are Chicagoist’s Joel Wicklund and Marilyn Ferdinand of Ferdy on Films. I talk to the former about the lineup of the Chicago International Film Festival, which kicks off next week, and the latter about the UCLA Film Preservation Film Festival, which is currently underway at the Gene Siskel Film Center. These are two great critics and it was a pleasure to have them on and hear them share their opinions about classic and contemporary films. Also, you’ll want to tune in just to hear me absolutely crush the pronunciation of Apichatpong Weerasethakul’s name. You can listen here.

I also have a new print interview at Time Out Chicago with Elizabeth Van Meter, director of the documentary Thao’s Library, which will open in AMC theaters across the U.S. on Friday, October 16. This is a heavily edited version of a much longer chat that Elizabeth and I had via Skype. I’ll be posting the complete audio of that conversation on the next episode of my podcast, which will likely drop next week. In the meantime, you can read the short version of our conversation here. Also, check out the poster for Elizabeth’s great movie (featuring a pull quote by yours truly) below.