Cool Apocalypse at the Siskel Center / The Lodger at Transistor 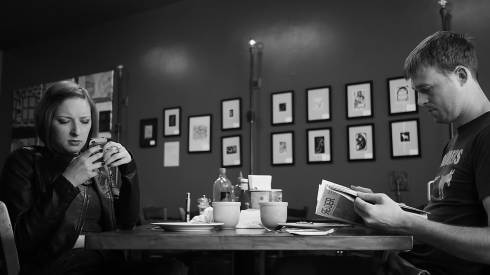 I’m very pleased to announce that my feature film, Cool Apocalypse, while still in the midst of its festival run, will receive its Chicago debut at the Gene Siskel Film Center in November. The Siskel has long been my favorite local film venue and I am honored beyond my ability to express myself that they were interested in programming it. It will screen for two shows only: on Saturday, November 21, at 8pm and Monday, November 23, at 8:15pm. I will be present to introduce both screenings and participate in post-screening Q&As with producer Clare Kosinski and members of the cast. Tickets will not go on sale for another month but, because I am offering extra-credit points to the students in all five of my classes who attend, I suspect that both shows will be sell outs. I therefore strongly advise anyone interested in seeing Cool Apocalypse to purchase their tickets in advance. Tickets will be available for sale through the Siskel Center’s website and in person at the box office in October. Hope to see you at our hometown premiere!

In more recent Chicago film-screening news, I will be introducing a screening of Alfred Hitchcock’s The Lodger at Transistor Chicago this Saturday, September 19 at 8pm. I will be showing the BFI’s recent restoration of the Master of Suspsense’s first thriller, which is not yet available on home video in North America. The screening is FREE and BYOB. Here is the description I wrote for Transistor’s website:

The British Film Institute’s recent restoration of Hitchcock’s first thriller gloriously renders many heretofore unseen details in the film’s luminous Expressionist-influenced photography. Hitchcock fans who haven’t yet seen it might be shocked at how fully formed the Master of Suspense’s style was this early in his career: There are a series of murders, a ‘wrong man’ plot, a beautiful ‘Hitchcockian blonde,’ and a highly memorable kissing scene. (1927, NR, 92 minutes)

Hope to see you there as well!