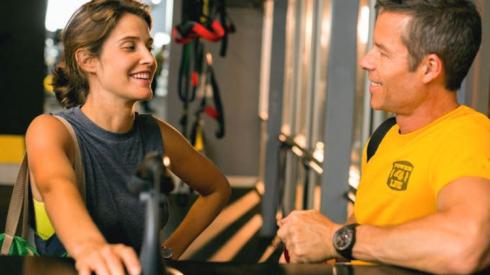 This review of new films by Andrew Bujalski and Kris Swanberg appeared in this week’s Time Out Chicago. I’m re-running my original piece here (i.e., without the cuts my editor imposed to get it down to an arbitrary length of 250 words):

While Cobie Smulders is best known for her roles as Robin Scherbatsky on How I Met Your Mother and Maria Hill of S.H.I.E.L.D. in the Marvel Cinematic Universe, she is also in the process of successfully reinventing herself as a leading lady in quality independent films. Smulders became something of an indie “It Girl” when two such films, Kris Swanberg’s Unexpected and Andrew Bujalski’s Results, had world premieres at the Sundance Film Festival in January. Both movies receive their local premieres at the Music Box Theater this Saturday, May 2, as part of the third annual Chicago Critics Film Festival. Each movie is well worth your time—with the added bonus that Smulders will be on hand for a Q&A after each.

With Results, Andrew Bujalski follows up his astonishing retro-‘80s Altmanesque comedy Computer Chess with a wildly different though equally masterful Austin-based comedy set in the world of personal training. Danny (Kevin Corrigan), an out-of-shape stoner — and, thanks to an inheritance, new millionaire — wanders into a gym and ends up playing unlikely matchmaker to emotionally stunted gym-owner/fitness guru Trevor (Guy Pearce) and volatile trainer Kat (Smulders). What a joy it is to watch these three actors play against type and deliver their sharply-written dialogue with such crack comic timing while also observing a narrative arc that takes the most circuitous (i.e., least formulaic) approach to its inevitable destination. I can’t recall seeing a recent American movie capture the spirit of classic screwball comedy as well as this. Results is Preston Sturges–level great.

Similarly, Unexpected is a breath of fresh air in a cinematic landscape currently oversaturated with plot-driven films. Local director Kris Swanberg seems destined to find the wider audience she deserves with this semi-autobiographical character-based drama about Sam (Smulders), a 30-year-old CPS high-school science teacher who finds out she is pregnant at the same time as one of her students, 17-year old Englewood-resident Jasmine (Gail Bean). The two women, so different in age, race and class, end up forming an unlikely bond in a series of delicate, beautifully observed scenes brimming with psychological and sociological insights. A low-key but bracingly female-centric film about emotionally forthright characters, Unexpected is an unexpected gem.

You can find the complete lineup of the Chicago Critics Film Festival, along with tickets and showtimes, on their official website. 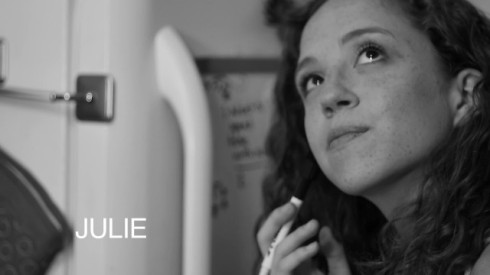 Also, my feature film, Cool Apocalypse, a still of which can be seen above, will receive its world premiere at the Illinois International Film Festival tomorrow, and has been in the press this week: Chicago-based filmmaker and blogger Julian Grant has given us our first official review (and it’s positive!) on his website and I also spoke with Legendary Lew Ojeda about the film on his Mediatrocities podcast. Hope to see some of you at the premiere!