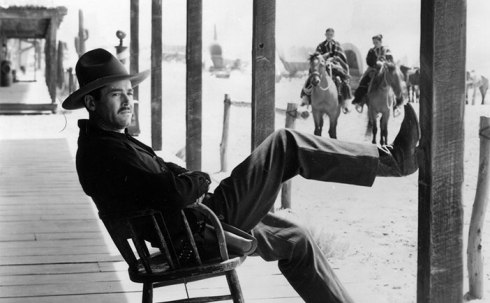 Newly released on Blu-ray from the Criterion Collection is John Ford’s 1946 western masterpiece My Darling Clementine. This highly fictionalized account of the gunfight at the OK Corral — pitting Marshal Wyatt Earp (Henry Fonda at his most iconic) and his right-hand man Doc Holliday (Victor Mature) against the fascistic “Clanton gang” (led by an atypically but convincingly psychotic Walter Brennan) — is a welcome addition to both the Criterion Collection and the growing number of Ford titles available in high-quality, high-definition editions on home video. My Darling Clementine was a pivotal film in Ford’s career for a number of reasons: it was his first western since Stagecoach in 1939 and his first fiction feature since returning from active duty in the Navy during World War II. The conflicts that arose during My Darling Clementine‘s post-production — between Ford and 20th Century Fox production chief Daryl Zanuck (with whom the director had previously enjoyed a long and productive, if occasionally combative, relationship) — ultimately fractured their partnership for good and led to Ford’s exiting the studio and starting his own independent production company, Argosy Pictures. This rupture is explicitly spelled out in Criterion’s excellent Blu-ray set, which features not only the copious supplementary material one would expect but two versions of the film itself: an early “preview version” (103 minutes in length and truer to Ford’s original intentions) and the 97-minute theatrical release (partially re-shot by Lloyd Bacon and heavily re-cut by Zanuck). The result is one of the most essential home video releases of the year.

Ford’s experiences during the war had a profound impact on his art and that is immediately apparent in My Darling Clementine, a film about a cattle man who emerges from the wilderness to “settle down” in the lawless town of Tombstone, Arizona, and reluctantly becomes marshal in the process. The first significant thing Wyatt Earp does upon arriving in town is to disarm and run out of town a drunken Indian, an event that occurs when Earp’s symbolic trip to the barbershop is unceremoniously interrupted. More importantly, Wyatt Earp’s reaction to the death of his younger brother James (and his lament over James’s grave about how their “Ma” will take the news) seems to reflect Ford’s own wartime duty of informing the parents of the deaths of the young men who served under his command in the Navy’s Field Photographic Unit. Finally, Ford stages the climactic gunfight at the OK Corral as if it were, in his own words, a “clever military maneuver.” There is a lot of powerful stillness and silence in the build up to the gunfight, as Earp and his deputies calmly walk up to the corral, which they then strategically infiltrate by cover of the dust kicked up by a passing horse-drawn covered wagon. This strategic maneuvering was undoubtedly influenced by the military maneuvers Ford had witnessed while covering the second world war as a documentary filmmaker, a lot of the footage of which has still never been publicly screened. 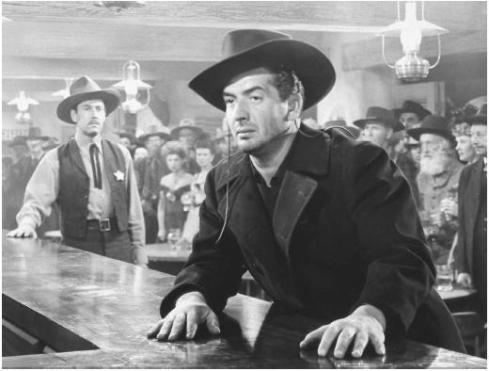 My Darling Clementine also feels highly personal and quintessentially Fordian in the way that it eschews plot in favor of a series of vignettes — some comical, some poignant — that Ford himself termed “grace notes.” One watches Ford in general not for plot but for these magic moments: an unexpectedly stunning composition here, a bit of spontaneous behavior that he probably cooked up with his actors while on set there. The fact that My Darling Clementine contains an unusually large number of such moments is perhaps an indication that Ford’s wartime experiences had strengthened his independence and resolve to buck against the constraints of a rigid studio system. Daryl Zanuck, who adored Ford, had always complained about the tempo of Ford’s movies (Zanuck had even wired the director a message on the set of 1939’s Drums Along the Mohawk reading, “They don’t call them moving pictures because they stand still. They move.”). Yet in 1946, Ford was willing to introduce the central conflict between the Earp brothers and the Clantons in his opening scene and then essentially put that conflict on hold for the next 45 minutes. This is absolutely the best stretch of the film, a series of magic moments that everyone remembers but that have nothing to do with the story. Most famously, there is the image of Wyatt Earp leaning back in a chair on the front porch of his hotel and balancing himself on a post with his feet. But there is also the sweetly awkward moment where Earp dances with Clementine Carter (Cathy Downs) at the consecration of Tombstone’s first church, Linda Darnell’s Mexican prostitute singing “Under a Broad Sombrero,” the comical visit to Tombstone of a Shakespearean actor named “Granville Thorndyke” (Alan Mowbray), and Earp collecting poker chips in his hat.

It was Ford’s indulgence of such indelible digressions, and Zanuck’s opposition to them, that ultimately led to the permanent falling out between the two men. This falling out is illustrated in detail on Criterion’s Blu-ray, not only through the two versions of the film included (both thankfully presented in 1080p) but also through the many welcome supplements, including an excellent new audio commentary by Ford biographer Joseph McBride and a visual essay by Tag Gallagher. But, of course, even those not academically inclined will want to snap this up; the real treat here is the movie itself, one of the greatest of all Hollywood westerns, and this version represents a new 4K digital restoration with a linear PCM soundtrack that both looks and sounds fabulous (better even than the superb DVD that was included in the mammoth “Ford at Fox” box set from a few years ago). Ford’s body of work is so rich because the man himself, like other great American artists such as Walt Whitman or Bob Dylan, contains multitudes. As the quote from Stephen Longstreet that opens this review attests (less perverse than it might initially seem), Ford was a complex dude who could be a stern — occasionally sadistic — father figure, a comedian, an adventurer and a master storyteller. One gets a sense of each of these qualities in My Darling Clementine, a film that undoubtedly would be a richer experience could we see Ford’s original version today. However, it is a testament to Ford’s genius that, even shorn of 30 minutes and partially re-shot, the theatrical release is still one of the high water marks of his long and illustrious career. 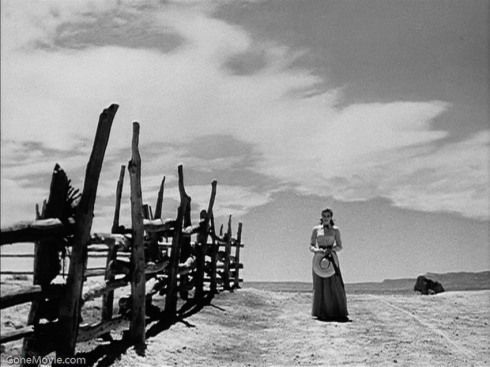 Filmmaker, author and Film Studies instructor. END_OF_DOCUMENT_TOKEN_TO_BE_REPLACED
This entry was posted on Monday, December 15th, 2014 at 9:03 am and tagged with John Ford, My Darling Clementine and posted in Blu-ray/DVD Reviews, Film Reviews. You can follow any responses to this entry through the RSS 2.0 feed.
« Filmmaker Interview: Kris Swanberg
The Last Ten Movies I Saw »