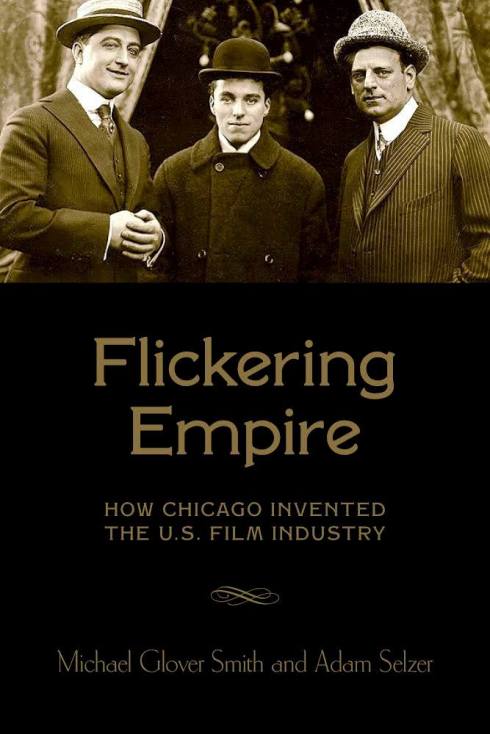 As I first reported here back in July, the book that Adam Selzer and I have written about the rise and fall of the silent film industry in Chicago, Flickering Empire, will be released next spring by Wallflower Press, the Film Studies imprint of Columbia University Press. Pre-order info for the book was made available today. We are pleased to announce it will be released on March 17 and can be ordered direct from the CUP website here.

It’s only 25 dollars (or 17-and-a-half pounds for all of you limeys out there) for the paperback edition, or $75/£52.00 for the hardcover. Both are illustrated with 24 handsome black-and-white photographs, a couple of which were taken by yours truly. Or you can order it from amazon and save a few bucks: it’s only $22.85 for the paperback edition. For a 240-page book, that’s a steal at less than a dollar per page, folks!

Last but not least, I’d like to point out that March 17 is St. Patrick’s Day. What better way to celebrate than by opening a package in the mail, pouring yourself a pint of the black stuff and then settling in to read all about the evils of one Thomas Alva Edison, hmmmm? 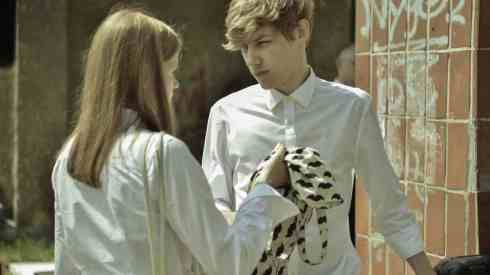 This intriguing Polish drama tells the lightly fictionalized true story of a teenaged girl, Lila (Eliza Rycembel), who convinces her boyfriend to murder one of their classmates in order to atone for the boyfriend’s infidelity. While The Word has been referred to as a “procedural” and “Macbeth set in a high school,” it’s thankfully less genre-oriented than such labels imply. What director/co-writer Anna Kazejak has achieved instead is a rather dark character study focusing on Lila’s interrelationships with her friends and parents, the dramatization of which offers disturbing insights into youth culture in the social-media age while simultaneously avoiding drawing pat conclusions. This has some of the same delicacy of feeling of Eliza Hittman’s It Felt Like Love, an otherwise very different portrait of a teenage girl by a young female director, and I’m glad I saw it. 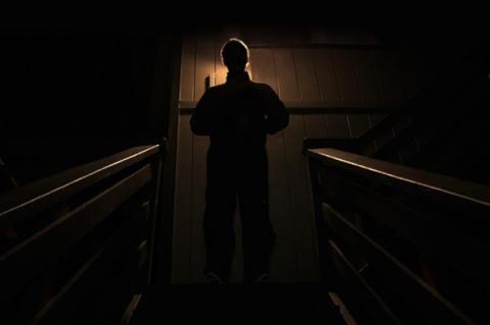 A low-rent videographer (co-writer and director Patrick Brice) gets a one-day job documenting the life of a man who claims to be dying of cancer (co-writer Mark Duplass) so that his unborn son can one day get to know him a la the Michael Keaton weepie My Life. It isn’t long, however, before the client reveals more sinister motives . . . Although the “found footage” horror subgenre would seem to be exhausted, the filmmakers here do manage to find new and clever uses for it — as all of the footage comprising the narrative comes from video cameras being wielded by the two protagonists (who are also practically the only characters in the film). Sure, the premise of this horror/comedy is slender but I had fun; it’s like a short, funny joke whose punchline not only works but blindsides you because it arrives quicker than you thought it would. Plus, the sight of Duplass in a wolf mask is genuinely terrifying. 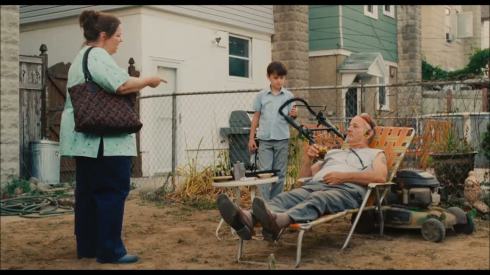 It’s “Gran Torino directed by Wes Anderson” — though not as good as that sounds — when Bill Murray’s title character, a curmudgeonly retiree, agrees to babysit the son of the single mother next door (an understated Melissa McCarthy), and teaches the kid all manner of bad habits and invaluable life lessons in the process. While the characters here are appealing and the premise charming, this low-key comedy/drama ultimately disappoints because of the way it takes what should have been an affecting slice-of-life character study and weakens it with too many plot developments; I could have personally done without the subplots about Vincent’s stroke and recuperation, the death of his beloved wife, and, especially, his owing gambling debts to an underworld type played by Terrence Howard. (I admit, however, to being inordinately grateful for Naomi Watts’s crack comic timing as a pregnant Russian hooker.) The closing credits scene that shows Vincent watering his backyard while listening to a Bob Dylan song is more drolly funny than anything in the movie proper. It hints at what St. Vincent could have been had first-time writer/director Ted Melfi opted for a less-is-more approach. 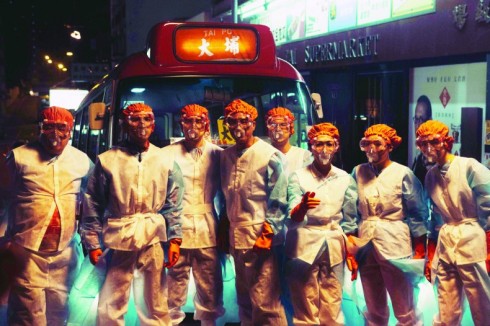 Of the two misfires I caught at this year’s CIFF (Fort Tilden being the other), this one was particularly painful because of my investment in its director and cast: the once-worthy Fruit Chan (Made in Hong Kong) adapts a sci-fi/comedy novel by someone named “PIZZA” about a bus full of characters played by several generations of HK movie stars (Kara Hui, Simon Yam, Lam Suet, Sam Lee, etc.) crossing into an alternate-reality universe that resembles our own but which is eerily devoid of other human beings. How could this go wrong? The Midnight After feels like less of a movie than a random grab-bag of different stylistic and thematic ideas — blood raining from the sky, invocations of the Fukushima disaster, a music video-style sequence built around a David Bowie song — that Chan has thrown at the wall in the hopes that something will stick. Unfortunately, very little does. 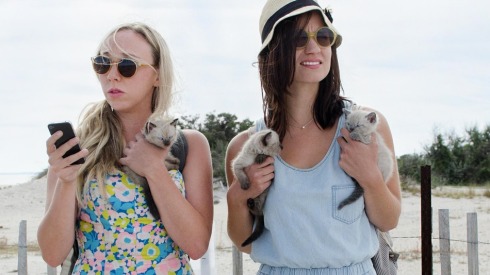 This microbudget feature debut comedy by co-writers/directors Charles Rogers and Sarah Violet-Bliss plotlessly examines the lives of two vapid, twenty-something rich girls in Williamsburg (Bridey Elliott and Clare McNulty) as they spend a needlessly difficult day trying to meet up with two boys at a beach near their home. Fort Tilden inspires some lascivious chuckles but, even if you disagree with the notion that satirizing hipsters is past its sell-by date, there’s no denying it’s also visually sloppy and tonally uneven: the filmmakers ask viewers to laugh at a cartoonish moment where the characters stupidly pay a hundred dollars for a two-mile cab ride, then expect us to turn around and empathize with them during a quasi-realistic fight scene moments later. This is the kind of thing that probably would have played better as episodes in a web series. It’s flaws would certainly be less noticeable on your phone.