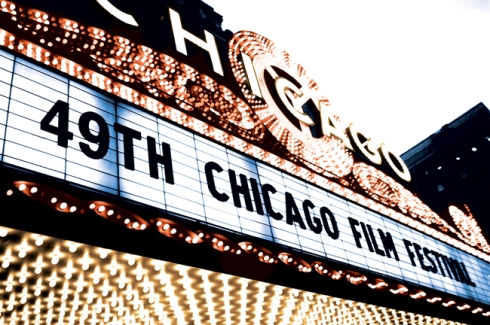 The Chicago International Film Festival has returned for a 49th edition that features a typically expansive and eclectic list of movies from around the world — 180 films from 60 different countries to be precise. While this includes some (but not all) of the important films by big name directors that made splashes earlier this year at Berlin (Jafar Panahi’s Closed Curtain), Cannes (Abdellatif Kechiche’s Blue is the Warmest Color) and Venice (Tsai Ming-Liang’s Stray Dogs), a lot of the chief pleasures to be found at CIFF come from seeking out titles more off the beaten path. CIFF will never be able to compete with New York, Telluride or Toronto, all of which immediately precede us on the fall festival circuit, but the other side of the coin is that we’re more likely to get gems by lesser-known auteurs that fly under the radar of those festivals. In this regard, I was particularly impressed by the Taiwanese thriller Soul, a Lynchian mind-bender by one Chung Mong-Hong featuring a great role for the legendary martial artist Jimmy Wang-Yu (The One Armed Swordsman) that I will be reviewing next week. In the meantime, I am offering four picks of some of my “best bets” for the festival’s first week below. The Chicago International Film Festival kicks off this Thursday night with a screening of James Gray’s The Immigrant (the fest’s most impressive opening night in many years) and continues through Thursday, October 24. The complete schedule can be found online here: http://www.chicagofilmfestival.com 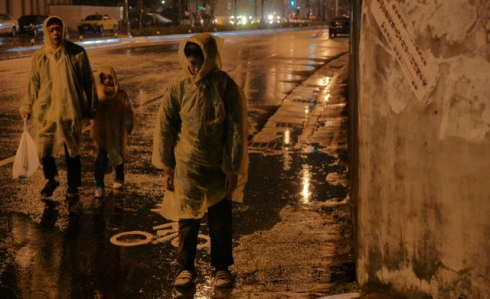 If Tsai Ming-Liang has indeed retired after making Stray Dogs, his 11th feature, as he’s indicated in interviews, he will have gone out on a high note. This beautiful film finds the great Taiwanese director training his patient camera eye on a homeless man (the inevitable Lee Kang-Sheng) who struggles to provide for his two young children in contemporary Taipei. There are extended wordless sequences of Lee’s unnamed character “working” by standing in traffic and holding an advertising placard — and thus functioning as a human billboard — as well as washing his children in a grocery store bathroom; these shots are almost startling in their clear-eyed compassion and remind us that, for all of the experimenting he does with form, Tsai has always grounded his movies in the traditional values of character and story. The best scene occurs about half-way through: a long take of the protagonist smothering a head of lettuce with a pillow (before doing other interesting things to it, including voraciously biting into it and cradling it in his arms and sobbing over it), a sad, funny, crazy moment far more emotionally moving than the shrewdly melodramatic climax of Michael Haneke’s Amour. Then there is the amazing penultimate shot, a close-up of two faces staring at a mural that ticks well past the 10-minute mark, with one of the characters effortlessly shedding a few tears halfway through, which also provides a nice bookend to the famous final shot of Tsai’s breakthrough Vive L’amour (1994). Without taking anything away from its culturally specific qualities, I think this has more to say about the lives of ordinary Americans today than most movies coming out of the United States. Stray Dogs screens Friday, October 11th and Sunday, October 13th.

Tunisian-born director Abdellatif Kechiche is considered one of France’s greatest working filmmakers. His 2007 feature The Secret of the Grain was the only French movie to make the Cahiers du Cinema critics’ poll of the ten best films of the 2000s. I could rattle off at least a dozen other French titles from that decade that I prefer; so I went to see Blue is the Warmest Color — the zeitgeist-capturing lesbian love story that won the Palme d’Or in May just as the marriage-equality debate in France was reaching a fever pitch — as a Kechiche skeptic, and I emerged feeling pretty much the exact same way. Blue certainly has its moments. Kechiche seems to have a singular talent for creating indelible moments: his modus operandi as a director is to search for some kind of ineffable emotional truth during the shooting of a scene, which more often than not sees him sticking a handheld camera into the faces of his actors while apparently making them do countless takes and occasionally yelling directions from off-screen. The result is a series of scenes that, taken individually, have a pungent Cassavetes-like emotional rawness, although, unfortunately, Kechiche is incapable of stringing these moments together into anything resembling a satisfying whole. Blue is ultimately worth seeing, especially for the brave and highly emotive performances of Adele Exarchopolous and Lea Seydoux (both of whom have stated they will never work for the director again); and the film’s instantly notorious 10-minute sex scene, which is also arguably its best scene — not just for its eroticism but because it’s the only one without an over-reliance on close-ups. Expectations, however, should be adjusted: I’m not saying the emperor has no clothes, just that he’s more shabbily attired than many are giving him credit for. Blue is the Warmest Color is playing as a gala presentation on Saturday, October 12th. 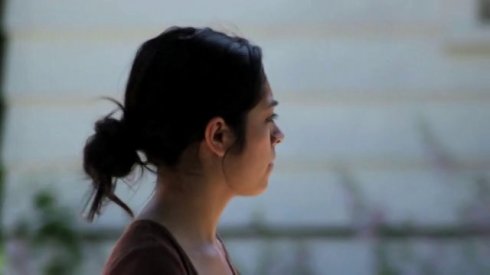 This well-crafted Chicago-shot indie follows Brianna (Brianna Zepeda), an 18-year old Hispanic girl who recently graduated from high school, as she attempts to tie up the loose ends of her life in the final days before leaving to serve in the Armed Forces. In a series of quiet, low-key encounters, she bids farewell to those closest to her, including family members, friends and a tempestuous ex-boyfriend. The extreme realism of the dialogue and performances impresses and, at barely an hour long, this certainly doesn’t overstay its welcome. But writer/director John Rangel and his cast of non-professional actors are also so intent on de-dramatizing their basic conceit that the end result occasionally feels both opaque and lightweight — one wonders if the muted quality of the drama resulted from the performers not being up to the challenge of mining deeper emotional terrain. Still, Chicagoans interested in locally shot microbudget cinema should check it out: film students, in particular, will learn a lot more by watching this than anything being produced in Hollywood. The Girls on Liberty Street screens Saturday, October 12th, Monday, October 14th and Tuesday, October 15th. John Rangel will be in attendance for all screenings. 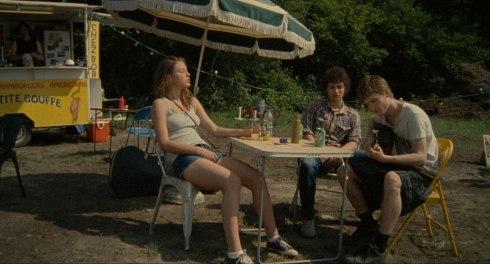 For those not wanting to kick out the extra cash for the pricier “gala presentation” of Blue is the Warmest Color (or if you missed the chance due to its inevitably being sold out), this affecting 2012 drama also offers a chance to check out the impressive acting chops of Adele Exarchopolous. In Pieces of Me, the Gallic-Greek thesp plays Erell, a girl living in a dead-end small town who must contend with a terminally ill mother, an absent-minded father, and an older sister who abandoned the family years earlier but unceremoniously returns home 6-months pregnant. There is also plenty of humor, and the provincial milieu — best exemplified by Erell’s coterie of knucklehead male friends — is nicely drawn; this makes palpable Erell’s desire to transcend the boredom of her daily routine, which, one assumes, must be rooted in the biography of first-time writer/director Nolwenn Lemesle. Although there are rookie mistakes on display as well (making Erell an amateur filmmaker and including an overuse of faux-documentary segments), the French tend to excel at naturalistic dramas with strong regional flavors and this is, on the whole, certainly no exception. Pieces of Me screens Thursday, October 17th, Sunday, October 20th and Tuesday, October 22nd.

Filmmaker, author and Film Studies instructor. END_OF_DOCUMENT_TOKEN_TO_BE_REPLACED
This entry was posted on Monday, October 7th, 2013 at 9:22 am and tagged with Abdellatif Kechiche, Blue is the Warmest Color, Des morceaux de moi, John Rangel, La vie d'Adèle, Nolwenn Lemesle, Pieces of Me, Stray Dogs, The Girls on Liberty Street, Tsai Ming-Liang and posted in Chicago Movies, Film Festivals, Film Reviews. You can follow any responses to this entry through the RSS 2.0 feed.
« My Coffee with Frikki
The Last Ten Movies I Saw »