The long-running Chicago Latino Film Festival, which I have regrettably never attended in the past, has returned this year for an impressively ambitious 29th edition. If the movies on offer are anything to go by, CLFF has clearly established itself as an important local institution, one that offers Chicagoans the chance to see an impressively diverse array of films from around the world (from many Latin American countries to Spain and Portugal to the United States), most of which will screen once or twice at the AMC River East but not return to show at any other local venues. Simply put, this festival is an invaluable lifeline to anyone interested in not only Latino but global cinema.

Having started in 1985 when, according to the CLFF website, 14 movies were “projected onto a concrete wall for 500 viewers,” the fest has grown exponentially over the past three decades and just recently received a grant from the Academy of Motion Picture Arts and Sciences to support its various programs — including, perhaps most important for attendees, Q&A sessions with visiting filmmakers. Some of my classes will have the opportunity to earn extra credit by attending festival screenings. See the extra credit page of your course website for more information. Below is the first of two posts in which I will preview some of the movies at this year’s festival. Part two will be published next week. 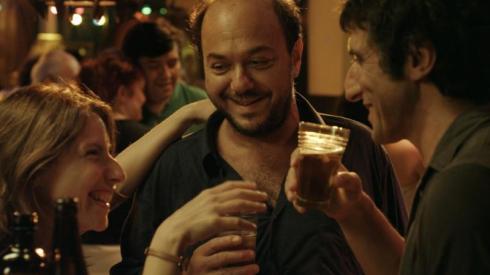 One of the best films I was able to preview from this year’s edition of CLFF is Un Amor, an emotionally gratifying character study by Argentinian writer/director Paula Hernandez. The story shuttles back and forth across a 30-year time span: it begins in the early 1980s when Lisa, a precocious and flirty teenager, comes between best friends Lalo and Bruno before she moves away without so much as telling either of them goodbye. These scenes are intercut with present-day scenes from three decades later when Lisa, still free-spirited in middle-age, re-enters the men’s lives just as unexpectedly as she left. Some of the story elements may sound familiar (the “coming of age” scenes in the flashbacks, the old girlfriend unexpectedly showing up and exacerbating marital discord in the present, etc.) but everything about this film feels fresh and commendably life-like — with the most powerful moments also being the subtlest and quietest. The six lead performances are exceptionally nuanced, and the production values (especially the cinematography and musical score) are top-notch. A Love screens on Saturday, April 20 and Tuesday, April 23. 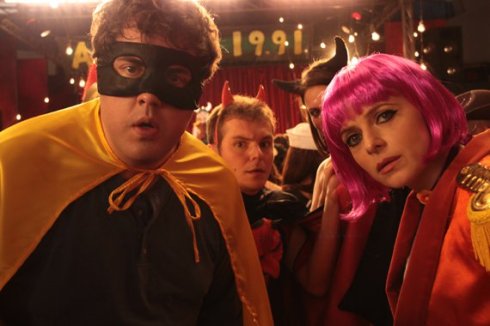 In this energetic sci-fi/comedy, a brilliant physics professor nicknamed “Zero” tries to create a new energy source but invents a time-travel machine instead. Like many a movie protagonist before him, Zero attempts to revisit and alter an event from his past (specifically, a college incident where he was humiliated in front of the woman of his dreams) in order to change his present life for the better. The only problem is that he ends up making things even worse and so ends up venturing into the past yet again . . . Like most time-travel movies, this doesn’t really make sense, and it predictably features the same old trite moral about the importance of being able to make one’s own choices in life. But the way these elements are dished up with humor, romance and a happy ending seems guaranteed to please audiences: there’s a reason why this was chosen as the festival’s closing night film. The Man from the Future screens on Thursday, April 25. 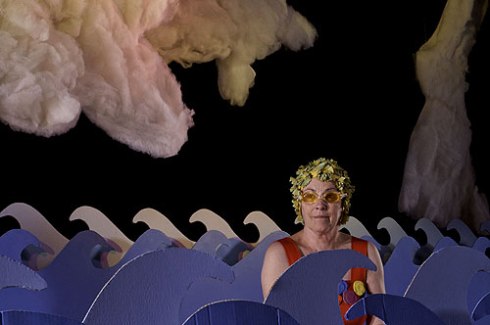 Popular Spanish actress Carmen Maura (perhaps best known in the U.S. as the lead in Almodovar’s Women on the Verge of a Nervous Breakdown) plays one half of the title duo — the “stubborn man” being her husband — in this gentle wisp of a comedy by first time director Andres Burgos. The premise is that Sofia lives in a remote, mountainous area of Colombia and, despite her advancing years, has never seen the ocean. Tired of her husband’s perennial postponement of their vacation plans, she boldly decides to take off on a road trip by herself. This boasts some nice landscape photography, and Maura’s completely wordless performance is effective, but one can’t help but feel that the reason for her character’s muteness (never directly addressed in the script) is to simply avoid what would have been an incongruous Spanish accent. This is light and fluffy stuff that should go over well with the crowd for whom it was intended: older viewers looking for something inspirational. Sofia and the Stubborn Man screens on Wednesday, April 17 and Thursday, April 18. 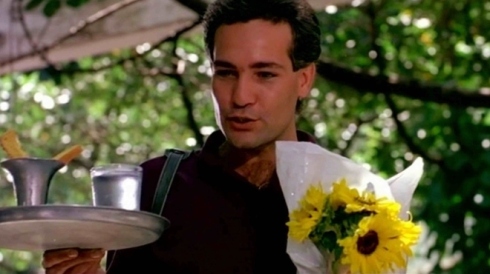 With the marriage equality debate reaching a fever pitch in the U.S., now might be a good time for Chicagoans to see or see again Strawberry and Chocolate, a warm-hearted look at the friendship between two very different men — one gay and one straight — in Havana. The film, a plea for tolerance that was a popular international success upon its release 20 years ago, is very cautious, however, even by 1993 standards: it opens with a sex scene between a man and a woman, as if to reassure straight males in the audience, and Diego (Jorge Perugorría), the gay character, is defined less by his sexual orientation than by his feminine mannerisms and his interest in “high culture” (which, inevitably, includes listening to recordings of Maria Callas). But the story is touching and very well acted, especially by Perugorría, who will be on hand to accept a lifetime achievement award to accompany these 20th anniversary screenings. Strawberry and Chocolate was the penultimate film of the great Tomás Gutiérrez Alea (who was suffering from cancer at the time and co-directed with Juan Carlos Tabio) though it lacks the formal audacity of earlier works like Memories of Underdevelopment or The Last Supper. Strawberry and Chocolate screens on Monday, April 15 and Wednesday, April 17.

More information, including directions to the venue, ticket info and showtimes, can be found on the official Chicago Latino Film Festival site: http://www.chicagolatinofilmfestival.com

Filmmaker, author and Film Studies instructor. END_OF_DOCUMENT_TOKEN_TO_BE_REPLACED
This entry was posted on Monday, April 8th, 2013 at 7:17 am and tagged with A Love, Andres Burgos, Claudio Torres, Fresa y Chocolate, Juan Carlos Tabio, O Homem do Futuro, Paula Hernandez, Sofia and the Stubborn Man, Sofia y el Terco, Strawberry and Chocolate, The Man from the Future, Tomas Gutierrez Alea, Un Amor and posted in Film Festivals, Film Reviews. You can follow any responses to this entry through the RSS 2.0 feed.
« Roger Ebert R.I.P. (1942-2013)
The Last Ten Movies I Saw »