Miguel Martinez just ended a tenure of eight-plus years in the legendary Rentals Department of Facets Multimedia in Chicago. He and his girlfriend are moving to Seattle to pursue their film/media dreams. So I thought now would be a good time to interview the man who coined the term “Personal Video Consultant,” which Facets has adopted to describe its employees. There is no phrase more fitting to indicate the kind of invaluable face-to-face interaction with a true expert that only going to a good old brick-and-mortar video store can provide – an experience that, needless to say, can never be replicated when streaming/downloading movies online. Miguel and I recently had coffee and chatted about the ever-changing culture of home video.

MGS: The reason why I wanted to talk to you is because, as you know, I worked in Facets Rentals for years but only during the VHS era. You’ve worked there for years but only during the DVD era. So between the two of us I figured we could fruitfully discuss the culture of home video – its past, present and future. First of all, you’re moving to Seattle in 12 days. Are you going to apply for a job at Scarecrow Video?

MM: (laughs) That’s on the back burner. I’ll probably send an introductory e-mail and tell them I worked here at Facets and this and that, and hopefully they’ll say, “Yeah, we need part-time help.”

MGS: How did you first start working at Facets?

MM: I worked at the Landmark Theater for about three years and the first time I ever got a debit card I went straight to Facets because I’d been reading about the place for a long time. I think I first read about Facets in a Leonard Maltin book. Then, I read about it in Roger Ebert’s book – talking about all these obscure videos. A friend of mine, who used to work at the Virgin Megastore back in the Nineties with me, was working there. So he kind of hooked me up with free rentals. Since I was an employee at the Landmark we got free rentals there (as part of a reciprocal program that no longer exists – MGS). And then, almost exactly a year later, I lost my job at the Landmark and I was hired by one of the managers I became friends with at Facets. That was in 2004. I’ve definitely seen the end of VHS, the beginning of mainstream DVDs being released, and I’m seeing the beginning of Blu-ray, the beginning of downloading, and now I’m leaving when everything’s at its peak . . .

MGS: You’re getting out at the right time. (laughs)

MM: I’m getting out at the right time. They just decided to close down 300 more Blockbusters.

MGS: I read that. That announcement was made today. I think there are 800 now so there are only going to be about 500 after they close those 300. It’s probably only a matter of time before those are all gone too.

MM: There are only four or five left in Chicago.

MGS: I can’t even think of where they are.

MGS: I can tell you where a bunch of empty storefronts are where they used to be. (laughs) So when you started at Facets in 2004, they carried DVD at that point?

MM: Yeah, I still remember the first week or two I was there, Kill Bill came out on DVD. It was like number 65000 and the DVDs started at 60000 so that was like the 5000th DVD. They started collecting DVDs maybe a year or two prior.

MGS: Right. And that was fairly late in the game for DVD. Because I worked at Facets from ’95 to ’98 when It was all VHS. I quit in the spring and I bought a DVD player in December of that year. And I was the only person I knew who had one. I paid an obscene amount of money – like 300 dollars. And you couldn’t rent DVDs from anywhere. I would go to the Virgin Megastore and they had a pretty small selection of DVDs for sale. I would comb through it and I would just buy whatever they had that I really liked. I always say if you owned a DVD player in the Nineties, it meant you were a hardcore cinephile. Ironically, the same is now true if you still watch VHS.

Anyway, I never went back to Facets for years after quitting so I was a little unclear on how they made that transition.

MM: The first time I heard about Facets back in the mid-Nineties, I bought a laser disc player off a friend of mine. And there was a laser disc store right by Facets. I was like, “This place is cool.”

MGS: I used to rent from there all the time! I would leave Facets with VHS tapes and then go to the laser disc store down the street and rent a laser disc.

MM: That started the whole idea of going to Facets but I was never able to get a credit card. To this day I still can’t get one. My identity was stolen five years ago and that prevented a lot of stuff from happening. There are a lot of Miguel Martinezes all over the country . . . It’s a big headache.

MGS: Right. I have the same problem ’cause I’m Michael Smith. I can’t check in online for a flight because I guess there’s somebody who has my name who’s a wanted criminal. I have to do it in person so they can make sure I’m not “Michael Smith the fugitive.” (laughs)

MM: I tell ya, with these very straight names that are popular – like Michael Smith or Miguel Martinez – it prevents us from doing anything . . .

MGS: Exactly. If I ever have kids I’m gonna name them something totally fucked up.

MM: Oh yeah, I’m gonna name them something like Chantal. Give ’em a French name or something.

MGS: Yeah, right. So is it safe to say you first fell in love with movies because of home video? Describe the process of how that happened.

MM: Well, I grew up with VHS. I wasn’t allowed to watch R-rated movies at home (I would tape the censored versions of movies from TV since we didn’t have cable). My cousin and I would rent videotapes for a buck and rent six movies at a time every Saturday and watch them at my aunt’s place. We watched everything. All horror, all the time. Then I really got into martial arts films (hand-to-hand, wuxia) because every Sunday here in Chicago, on WGN, was Samurai Sunday. They showed nothing but old school kung fu movies. The rest is history.

MGS: That’s funny. In Charlotte, North Carolina, where I grew up, it was called “Kung Fu Action Theater” and it was on every Saturday; I grew up on Shaw Brothers’ films dubbed into English.

I think you and I both feel strangely optimistic about the future of home video but I know you also stream and download a lot. What role do you think brick-and-mortar video stores have to play in the wake of this new technology?

MM: That’s a tough question to answer because every video store has its own set of customer tastes. Its role is to serve the community but it all depends on the community it’s in. If you have a “meat and potatoes” kind of city like Chicago, it’s tough. There are still video stores here but a lot of them survive on Adult titles.

The one advantage video stores have over Netflix and Redbox is that they really don’t have to abide by the “release window” set by the studios. In other words, no exclusives. Indie stores can carry what they want and can satisfy a customer’s new release fix every Tuesday. Some stores even break the release schedule and put out DVDs for rent Monday nights, which is a big no no in this industry.

MGS: Well, I also know you’re an advocate of Blu-ray, like me, even though a lot of other cinephiles I know seem reluctant to embrace the format. Hopefully, Blu-ray will bring more people into the remaining video stores.

Miguel, thanks so much for your time and best of luck in Seattle! 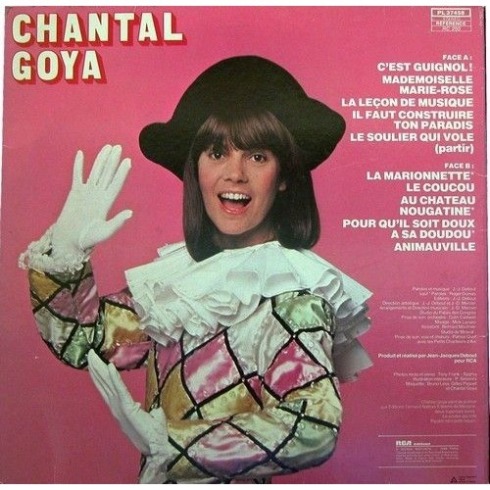 Filmmaker, author and Film Studies instructor. END_OF_DOCUMENT_TOKEN_TO_BE_REPLACED
This entry was posted on Monday, February 4th, 2013 at 12:55 pm and tagged with Miguel Martinez and posted in Interviews. You can follow any responses to this entry through the RSS 2.0 feed.
« The Secret History of Chicago Movies: Corner Madison and State Streets, Chicago
The Last Ten Movies I Saw »