As I noted in my pre-festival coverage, the 48th CIFF offered a virtual embarrassment of riches; I saw 15 movies, a personal record, and still wasn’t able to take in everything I really wanted to see (Raul Ruiz’s Night Across the Street and the Tavianis’ Caesar Must Die both regrettably got away). More importantly, not only did CIFF offer up a lot of good films, the very best of them seemed to matter in a way that said “Cinema is alive and well,” and audiences responded in kind: there was an electric vibe running through the sold out screenings of Holy Motors and Like Someone in Love that resulted in bursts of spontaneous applause and instantly heated arguments at the end of each respective movie. Below are my grades for the films that finished, for me, at the “head of the class.” The rest of my grades will be posted next week. 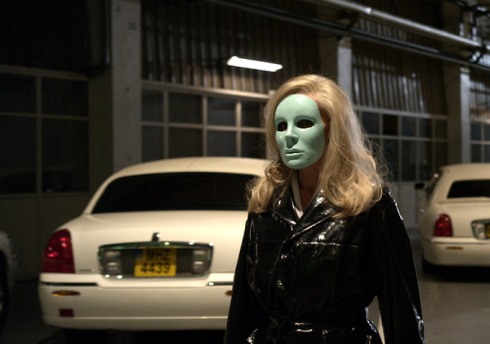 Leos Carax’ first feature film after a 13 year absence is a funny, strange, joyous, heartbreaking, beautiful and difficult to describe experience — a tour de force of filmmaking in which chameleonic actor Denis Lavant plays a shape-shifting character (or should that be 11 different characters?) in a series of loosely connected vignettes. This structure affords viewers a journey through myriad film genres (experimental animation, film noir, melodrama, musical romance, etc.) as a means for the director to offer a wide-ranging commentary on both film history and the mutability of identity in the internet age. Obviously not for all tastes, this was for me a mind-bending, soul-thrilling experience that I can only compare to seeing Mulholland Drive for the first time over a decade ago: I laughed, I cried, I wanted to dance in the aisles during the accordion-jam entr’acte. Holy Motors is a movie lover’s paradise and there is simply nothing else like it. To see it on the big screen is to be struck repeatedly by lightning bolts of ecstasy. “Trois, douze, merde!” Long review coming soon.

“New ideas require new language,” uttered by a wannabe revolutionary filmmaker, is one of the more stimulating lines of dialogue in Olivier Assayas’ latest (and arguably greatest) movie. It’s also a concept that the formidable critic-turned-director has continually wrestled with throughout his career; intriguingly, the harder Assayas has tried to construct a “new language” to comment on the changing world in the past, the worse off his films have been (as in the ridiculous “cyber-thriller” Demonlover or the aimless artiness of Clean). On the other hand, working within well-established and even conventional aesthetic traditions has tended to produce his very best work (as in Cold Water, Summer Hours and Carlos). Something in the Air is a direct sequel to Cold Water that picks up where the earlier film left off but, being made 18 years later, features a new actor inhabiting the lead role of Gilles (the young protagonist based on Assayas). The end result is a film that borrows from Cold Water‘s playbook (a richly detailed portrait of the French youth culture of the early Seventies characterized by handheld camerawork and impressively naturalistic dialogue and performances) while expanding its scope to engage in complex questions about the relationship between art and politics, and featuring a larger ensemble cast whose globe-trotting, criss-crossing lives make the film take on the feel of a genuine epic.

The late Chilean director Raul Ruiz’s delightfully playful book Poetics of Cinema argues against the necessity of “central conflict theory” that has long dominated commercial filmmaking in the western world. If Abbas Kiarostami, one of the world’s greatest living directors, ever wrote a comparable book on film theory, one suspects he might similarly challenge the notion of the “three-act structure.” The Japanese-set Like Someone in Love may well be the Iranian master’s most provocative work; his extremely unconventional handling of narrative sees him lop his story off at the exact moment where it climaxes, a bold move that I can’t ever recall having seen in another movie. (I imagine the Chicago critic who foolishly called the ending of Kiarostami’s far more accessible Certified Copy “abrupt and unsatisfying” will have an aneurysm if he sees this film.) And yet, this provocation is the movie’s raison d’etre: Kiarostami gives us believable characters and compelling drama, so why, he seems to be asking, do we need “falling action” and “resolution”? The story, such as it is, concerns an elderly, retired professor who hires a young prostitute for the evening. It turns out that she’s a Sociology student (the very subject he used to teach) and he finds himself becoming unwittingly drawn into the lives of her and her pathologically jealous boyfriend over the next 24 hours. These characters are quirky, nuanced, and, as played by a superb trio of Japanese actors, fascinating to spend time with; the fact that each is keeping secrets from the others turns the whole thing into an absurdist shell-game of a narrative, one that revisits Certified Copy‘s role-playing motif but to far darker ends. This can even be seen as a reaction against the earlier film’s surprise success; Kiarostami has said he chose to set Like Someone in Love in Japan so that he wouldn’t be accused of “catering to western tastes.” It may be an exercise in not paying off the audience but that doesn’t mean that it’s not also a great movie. This is major Kiarostami.

Writer/director Joachim Lafosse’s disturbing, slow-burn drama tracks the machinations of a paternalistic Belgian doctor whose controlling influence on the lives of his adoptive Moroccan son and daughter-in-law lead to devastating consequences. The heavyweight cast includes Tahar Rahim and Niels Arestrup (the co-leads from A Prophet) and Emilie Dequenne (the little girl from Rosetta all grown up), and all three give incredible performances here; each character’s actions are rendered with utter psychological believability as the sharp original screenplay shows with grim relentlessness — but also great lucidity — the inevitable disintegration of an alternative family. As a result, family politics have rarely been rendered so oppressively onscreen. But Lafosse’s widescreen mise-en-scene impresses as much as his script and handling of actors: during the final gut-wrenching scenes, he wisely uses off-screen space to imply that which is too terrible to show. 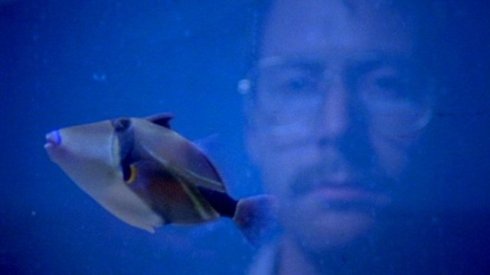 In an era when cable television is flooded with trashy shows about serial killers, this unexpectedly excellent documentary/narrative hybrid takes the least exploitative approach to its subject imaginable. It features extensive interviews with three people whose lives were profoundly affected by the title character: the homicide detective who got the killer’s confession (and who turns out to be a colorful character and delightful storyteller in his own right), the medical examiner responsible for cataloguing the body parts found in Dahmer’s apartment, and the woman who lived in the apartment next door (in complete ignorance of the unimaginable horror that was happening mere feet away). These interviews are provocatively intercut with fictional re-enactments, not of Dahmer’s crimes but of him performing mundane activities – buying goldfish, drinking beer, receiving an eye exam, etc. Some of these sequences, which illustrate the “banality of evil” concept, seem sinister only because of what we know about the subject based on the interviews (i.e., Dahmer purchasing an industrial-sized waste disposal barrel). Young director Chris Thompson shows an impressive compassion for his subjects and an incredible feel for his blue-collar Milwaukee locations. I greatly look forward to seeing his future work.

Filmmaker, author and Film Studies instructor. END_OF_DOCUMENT_TOKEN_TO_BE_REPLACED
This entry was posted on Friday, October 26th, 2012 at 9:00 am and tagged with Abbas Kiarostami, Apres mai, À perdre la raison, Chris Thompson, Holy Motors, Joachim Lafosse, Leos Carax, Like Someone in Love, Olivier Assayas, Our Children, Something in the Air, The Jeffrey Dahmer Files and posted in Film Festivals, Film Reviews. You can follow any responses to this entry through the RSS 2.0 feed.
« The Last Ten Movies I Saw
Happy Halloween from White City Cinema! »