Now Playing: This Is Not a Film 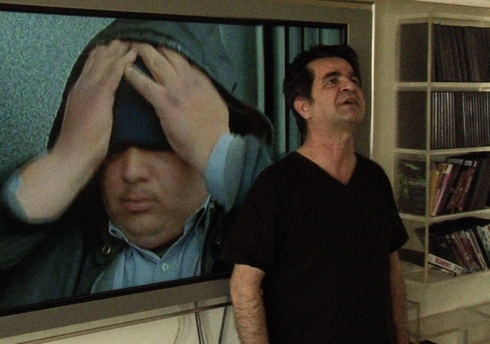 The bottom line: a movie that dares to answer the question “If we could tell a film, then why make a film?”

Now playing at the Gene Siskel Film Center is This Is Not a Film, a remarkable new documentary by and about Iranian director Jafar Panahi, one of contemporary cinema’s greatest and most socially conscious filmmakers. As is fairly well-known, this new “non-film” was made by Panahi while under house arrest following his conviction in December 2010 on vague charges of creating “propaganda against the Islamic Republic.” Prior to shooting, Panahi had been sentenced to six years in prison and received a further 20 year ban on filmmaking, giving interviews or leaving the country. Incredibly, This Is Not a Film, made clandestinely and in collaboration with Panahi’s friend Mojtaba Mirtahmasb, was smuggled out of Iran on a USB drive hidden inside of a birthday cake and received its world premiere at the 2011 Cannes Film Festival last May. Since then it has played around the world to great acclaim including in the U.S. where it was picked up for distribution by Palisades Tartan. As far as I can tell, Panahi is presently in a stage of legal limbo known in Iran as “the execution of the verdict,” meaning he is free but can be re-arrested and sent back to prison at a moment’s notice. My advice to anyone reading this who is contemplating seeing This Is Not a Film is to do so immediately. The acclaim it has generated has nothing to do with critical sympathy for Panahi’s legal plight, as one might cynically assume. The movie, while impossible to evaluate without also contemplating the circumstances of its making, is essential viewing for anyone who cares about cinema.

One fruitful way to begin analyzing This Is Not a Film is to start with the provocative title, which has at least three possible meanings:

1) On the most superficial level, This Is Not a Film is literally not a “film.” It was shot on a consumer-grade digital camera primarily manned by Mirtahmasb and an iPhone operated only by Panahi. The lo-fi YouTube-quality aesthetics are appropriate given that the movie is essentially an intimate one-man show featuring Panahi at home over the course of one long day.

2) More importantly, This Is Not a Film refuses to function like what most viewers think of when they think of a “film” (i.e., it is not an escapist entertainment nor an easily digested and forgotten commercial object). Instead, it is closer to being a cinematic essay, one that engages viewers in a dialogue and requires them to contemplate the very nature of both filmmaking and human rights in the 21st century. The content is deceptively mundane: Panahi watches clips from his own films on DVD, attempts to feed his daughter’s pet iguana, receives a food delivery and, unforgettably, accompanies a neighbor on an excursion to take out the trash. But context is everything: these activities are set against the backdrop of the “Fireworks Wednesday” celebration of the Persian New Year and they have been carefully edited so that they build to a final image of a conflagration that is overwhelming in its poetic power.

3) On the most profound level, by making a film that declares itself a non-film, Panahi has protested his sentence while also cleverly and subversively complying with the Iranian authorities’ ban on filmmaking. The closing titles identify This Is Not a Film as an “effort by” Mirtahmasb and Panahi with no indication of how exactly the filmmaking duties were split up between them. A good chunk of their 75 minute effort is devoted to Panahi acting out scenes from a script that he wrote prior to being arrested. Provocatively, they involve a girl being forbidden to attend university by her father, who locks her in her bedroom instead. (The irony of Panahi playing the role of a girl who is essentially under house arrest is almost impossibly rich.) By bringing this story to light, even without proper actors and sets, Panahi raises the tricky question of whether or not he has actually made that film after all. Or has he instead merely become the subject of a documentary being made by Mirtahmasb, which he has not been banned from doing according to the dictates of his sentence? Ultimately, Panahi is asking what it means to make a film. Although Mirtahmasb is in charge of the cinematography, at least initially, Panahi can’t resist telling him where to point his camera and, on at least two occasions, also saying “Cut.” (I guess once a director, always a director.) In the final scenes, when Panahi finally picks up Mirtahmasb’s camera himself and ventures outside of his apartment, it feels like a genuinely radical act of defiance.

This Is Not a Film is at least the third recent Iranian movie to receive a Chicago debut this year, following Asghar Farhadi’s much-lauded (and Oscar-winning) A Separation and Rafi Pitts’ magnificent, criminally under-seen anti-thriller The Hunter (which played for a week at Facets to little fanfare). This recent spate of activity proves that Iranian cinema is alive and well even if the relationship between Iranian filmmakers and their government is growing increasingly tense. In an interview, Pitts has aptly summarized contemporary Iranian cinema by saying, “Dealing with censorship has become our art, how to say something, with certain rules.” In This Is Not a Film, Panahi has gone a step further by taking his own incarceration and filmmaking ban and turning them into a daring work of performance art. Panahi’s latest may not be a “film” in any conventional sense, but it is certainly a masterpiece. 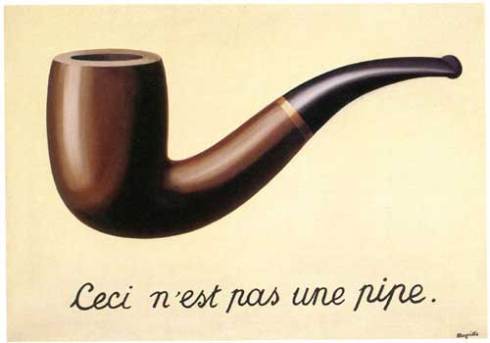 Filmmaker, author and Film Studies instructor. END_OF_DOCUMENT_TOKEN_TO_BE_REPLACED
This entry was posted on Monday, April 16th, 2012 at 7:37 am and tagged with In film nist, Jafar Panahi, Mojtaba Mirtahmasb, This is Not a Film and posted in Film Reviews. You can follow any responses to this entry through the RSS 2.0 feed.
« The Last Ten Movies I Saw
The Last Ten Movies I Saw »

50 responses to “Now Playing: This Is Not a Film”