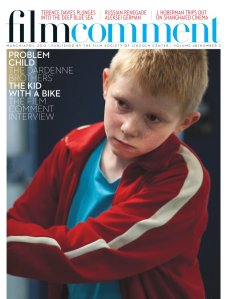 The results of Film Comment‘s Readers’ Poll of the best films of 2011 are in and, predictably, The Tree of Life has come out on top (just like it did in their Critics’ Poll). I’m grateful to the magazine, the best in the English language, for publishing my remarks on some of these films for the third year in a row, . Interestingly, I sent them commentary, much of it erudite, on at least ten different movies and what did they choose to publish? My tongue-in-cheek reference to the spanking scenes in A Dangerous Method and one sentence devoted to Lee Chang-dong’s Poetry!

For the record, my comments, a modified version of remarks already posted on this blog, were:

For most of the running time I forgot I was watching a finely wrought morality play, until the final scenes when the cumulative force of the previous two-plus hours hit me like a ton of emotional bricks. 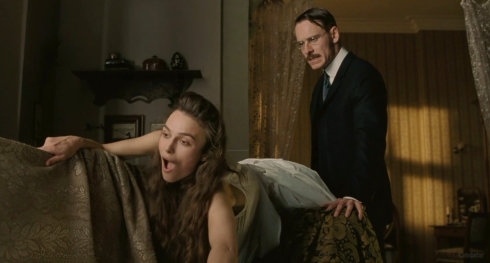 Filmmaker, author and Film Studies instructor. END_OF_DOCUMENT_TOKEN_TO_BE_REPLACED
This entry was posted on Wednesday, March 7th, 2012 at 7:10 am and tagged with A Dangerous Method, David Cronenberg, Film Comment, Lee Chang-Dong, Poetry and posted in Uncategorized. You can follow any responses to this entry through the RSS 2.0 feed.
« The Secret History of Chicago Movies: City That Never Sleeps
The Last Ten Movies I Saw »