He Said/She Said Review: The Innkeepers 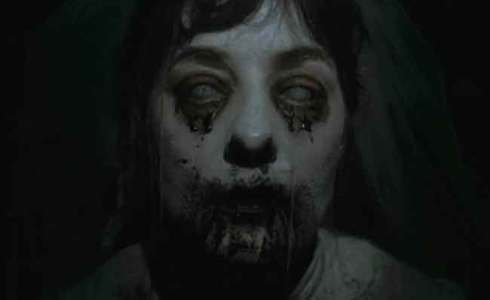 MGS: The Innkeepers is a new horror film by the talented young writer/director Ti West. You and I were both fans of his previous movie, the retro-Eighties Satanic possession flick The House of the Devil, and so we opted to check out his latest On Demand. Because The Innkeepers is a true independent production, it had the unusual honor of premiering On Demand more than a month before its theatrical release, something that major Hollywood films won’t do . . . yet. In what other ways do you think The Innkeepers reveals its indie credentials and what do you see as being the strengths and weaknesses of this mode of production?

JM: First of all, I actually never thought about what types of movie were On Demand via Comcast because we rarely rent them, but when I think back we also rented The Human Centipede, so I can definitely see a pattern. To address your question, I knew that it was an indie flick because it defied a lot of conventions that you can almost psychically predict while watching a Hollywood film. First, the set and the story were really simple — just a haunted house and a few characters who you really get to know. To narrow in on the characters, namely the main two inn employees (male and female), there is no overt romance, which always seems to happen when you put two heterosexual characters together of the opposite sex. They have a great silly chemistry and I found my mind wandering to past jobs that I’ve had where I have such a great time with a co-worker that the job seems to melt away. Also, the main character, Claire acts like an actual carefree and down to earth girl and I couldn’t imagine her being any other way in “real life” because her acting was so understated. To jump ahead, I would argue that the ending was the epitome of a true indie film. It was simple and scary — no gimmicks, no scenes that were completely predictable, and slightly ambiguous. A strength of this film is that you have no idea what is going to happen, and you connect so quickly with the characters that they are like your friends and you don’t want them hurt. Another strength is, again, it’s difficult to predict what is going to happen and in most horror films especially I can usually predict every next move because they are so formulaic. A weakness would be, and not so much of this being an indie film but rather of the film itself, that I was slightly confused by the end. It was so simple that I didn’t know if I should keep digging for deeper meaning or just let it be. It reminded me of Roman Polanski’s The Ninth Gate where the movie is really good, but the end baffles and slightly disappoints me because I don’t know what to think. I’ll be the first to admit that I like my endings to be crystal clear (though I do love The Wrestler, as you know).

MGS: You make some good observations about the characters. Not only did I find it refreshing that Luke and Claire weren’t romantically involved, I think West nailed a very specific type of relationship dynamic between co-workers; Luke and Claire are comfortable around each other, they do a lot of joking around to kill time but they’ve also probably never hung out together outside of work and ultimately don’t know each other that well. And the fact that Claire was a little creeped out by Luke gave their interactions an interesting twist. I loved that she decided to go back to the lobby and potentially contend with the ghost rather than go into his bedroom while he was wearing tighty-whiteys! I felt there was something very real and humorous about that decision.

The last movie we jointly reviewed was Don’t Be Afraid of the Dark, a Hollywood horror film I would like to contrast with The Innkeepers. Dark had a big budget, movie stars and state-of-the-art special effects but I found the script formulaic and the characters one-dimensional. It drove me up the wall that Guy Pearce, one of my favorite actors, was given nothing more to do than cluelessly refute the ever-increasing amount of supernatural evidence piling up around him. I felt the characters in The Inkeepers were much better drawn: the quirky/geeky girl in her early twenties with no real direction in life, the aging hipster/slacker guy looking to make some easy money on the internet, the alcoholic former actress looking to remake her image as a psychic. The actors, of course, deserve a lot of the credit for this. The bond between Luke and Claire suggests to me that there was a lot of rehearsal time between Sara Paxton and Pat Healy. I’d also like to say that I was delighted by Kelly McGillis as the has-been actress. After casting Dee Wallace and Mary Woronov in House of the Devil, I think Ti West is showing an almost Tarantino-like knack for the inspired casting of former stars.

The next aspect of the film I’d like to discuss is the pacing, a unique aspect of West’s style that is controversial – at least judging by internet message boards. Both House of the Devil and The Innkeepers are “slow burn” narratives where nothing explicitly horrific happens until over an hour into each movie. It seems to me that West is taking his cues from early Polanski in this regard; I remember hearing Polanski say that he wanted to lull his audiences into a state of near-boredom for the first 30 minutes of Repulsion so that the shock effects would be more powerful once they finally came. Apparently, this sense of pacing doesn’t work for some modern viewers. What did you think?

JM: I think that the pace of the film is actually what drew me in because I was forced to be ultra-aware of what I was seeing and hearing. I knew that something scary was going to come because after all, it is a horror film and I’ve also seen the previews, but I didn’t know when. During the first half of the movie, I found myself leaning forward and listening as intently as I could because I didn’t want to miss any slight noise or apparition. This technique kept me suspended in a state of trepidation, thus making me hyper aware of what was happening in the film. At certain points, I even held my breath because the sound of my own breathing might cause me to miss out on something important.

With regard to the actors, I was shocked to learn that the actor who played Luke was also in one of my favorite films, The Assassination of Jesse James by the Coward Robert Ford, as Wilbur, one of the Ford brothers. Talk about a versatile actor. It’s definitely a credit to West that he had the foresight to envision Healy in such a drastically dissimilar role.

We’ve been talking a lot about big budget Hollywood films and indie films, but what about Hollywood horror and indie horror, specifically? To veer slightly off course for a minute, do you think that Hollywood horror films are inherently flawed due to larger budgets and conventional Hollywood formulas and/or influence over creative control? Likewise, what are your thoughts on independent horror? Do you believe that they have any inherent advantages over Hollywood horror?

MGS: I don’t think a horror film, or any genre film for that matter, could be inherently flawed because it happened to be produced in Hollywood. I think you’ll agree with me that a lot of the best horror movies from the late 1960s through the early 1980s were made in Hollywood and boasted big budgets, stars and respectable directors: Rosemary’s Baby, The Exorcist, Alien, The Shining, etc. But the cultural climate was very different then. It was an exciting time when filmmakers were still exercising new freedoms for the first time in the wake of the collapse of the old Production Code. It seems to me that most of the Hollywood horror films in recent years either belong to the “torture porn” subgenre or are stale, unnecessary reworkings of movies from that earlier era (with The Exorcist in particular being continually plundered for aspects of its story, themes, visual style and iconography). The only good Hollywood horror films I can even think of from the past decade are Drag Me to Hell and The Exorcism of Emily Rose. I think if you’re looking for originality in horror today, you have to look overseas (to Scandinavia and Asia, in particular) or to independent American movies, which brings me back to Ti West.

I think my only problem with West, and this has nothing to do with budgets, is that his work strikes me as perhaps a little too slight in terms of his ideas and his overall ambition. The House of the Devil and The Innkeepers are small, stylish, well-crafted movies about attractive young women wandering alone through locations that are dark and menacing. I happen to like them but now that I know West can do this, I’d like to see him do something else – perhaps tackle a subject that will tap into more universal fears or resonate through the culture in a more ambitious or uniquely contemporary way. Then and only then will I be able to compare him to Polanski, Friedkin or Kubrick. But West is young and smart and I think he has a bright future ahead of him. Any final thoughts you’d like to add?

JM: Yes, a short plug for Scandinavian films. I also am beginning to love Norwegian, Swedish and Finnish horror, such as Let the Right One In, Rare Exports and Troll Hunter, for example, and it makes me a little sad that this sort of creativity is missing in films coming out of America right now. I would sum up by saying that I do agree with you in that I am a little dubious of possibly a third movie involving a young, cute lead actress who gets into trouble. It almost makes me think that he maybe has “a thing” for seeing young girls “get theirs,” so to speak. I’d like to see something different since I know that he is capable in other ways, as previously discussed, of subverting the horror norm right now. 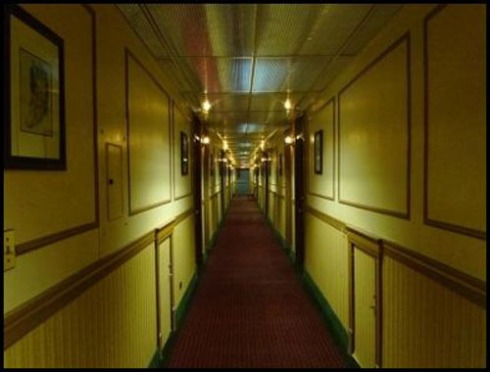 Filmmaker, author and Film Studies instructor. END_OF_DOCUMENT_TOKEN_TO_BE_REPLACED
This entry was posted on Monday, January 30th, 2012 at 10:42 am and tagged with The House of the Devil, The Innkeepers, Ti West and posted in Film Reviews, He Said/She Said. You can follow any responses to this entry through the RSS 2.0 feed.
« The Last Ten Movies I Saw
Ma Nuit Chez Gretchen? »

9 responses to “He Said/She Said Review: The Innkeepers”