Christa Lang Fuller is an actress, author and producer who runs Chrisam Films, the company she founded with her husband, the late Sam Fuller, in 1981. She got her start acting in movies in Paris in the 1960s, working with such notable directors as Jean-Luc Godard, Claude Chabrol, Pierre Chenal and Roger Vadim. After meeting him in Paris in 1965 she appeared in most of her husband’s films including, notably, 1973’s Dead Pigeon on Beethoven Street, where she played the starring role.

I developed an online correspondence with Christa when she wrote me to kindly correct some erroneous information I had posted in my blu-ray reviews of Shock Corridor and The Naked Kiss earlier this year. The following interview, conducted recently via e-mail, is by far my favorite piece that I’ve ever published on this site. I made no attempts to “normalize” Christa’s incredibly creative syntax and use of capitalization, which I believe accurately reflect the voice and speech patterns of an exuberant RACONTEUR. Anyone familiar with her husband’s work will understand why they were a match made in heaven by reading what follows.

MGS: So how does a young woman from Germany find herself acting in Paris during the height of the French New Wave?

CLF: My attraction to things French came from the fact that my grandmother on my father’s side had been of French Huguenot origin. TWICE a week I went to a French cultural center to study their beautiful language. Then I saw an ad about an au pair girl wanted in France. I left Germany at the age of 17 and remained in FRANCE. In ESSEN I had passed an audition for HELMUT KAUTNER at the theater school in BOCHUM —Arthur Miller’s THE CRUCIBLE, but my mother did not approve of me being an actor. In Paris after various jobs –my last au pair was with the stunning and briliant comtessa MIRANDA de TOULOUSE LAUTREC who is still my friend, I did translations for a textile firm all the while taking acting classes at night. I posed for PAUL BELMONDO, the famous sculptor and MARC ALLEGRET liked my tests and was going to star me in a movie about a GERMAN au pair girl surrounded by the hot actors of the sixties SAMI FREY, JOHNNY HALLIDAY and a big article about Christa Lang in the papers with the bronze bust by BELMONDO got me working with CLAUDE CHABROL in LE TIGRE AIME LA CHAIR FRAICHE —an alcoholic dumb blonde and getting a great review by CHAZAL in FRANCE-SOIR had GODARD ask his friend CHABROL if he could see me for ALPHAVILLE…….I also did a play for many months by SACHA GUITRY called LA JALOUSIE —the director HENRY MURRAY was ANOUK AIMEE’s father and loved to repeat that DA VINCI only made one MONA LISA and that he only made one ANOUK……his real name was DREYFUS and he loved to also repeat with glee how he lifted the grey skirts of Nazi secretaries occupying la belle France and do it to them from behind……….the rest of the story —I let you imagine the rest. It gets really raunchy…….I learned a lot performing LA JALOUSIE by SACHA GUITRY and remember turning 20 years performing in VICHY the day on my birthday…….SACHA GUITRY’s comic genuis can be discovered via CRITERION ===A GREAT BOX SET……..

MGS: Your bit part in Alphaville as the Seductress who picks Akim Tamiroff’s pocket is great. Accounts of how Godard directed actors during this time vary wildly. Do you recall if he was very specific in giving directions or did he let you and the other actors just do your thing?

CLF: GODARD was very exciting to work for — he knew what he wanted, but left you free to improvise!!! He was distant, but professional during the three day shoot and even though he acted strange when I met him for the first time, he was fantastic on the set. I love the movie, KARINA, CONSTANTINE, TAMIROFF and the whole vibe of the movie……Godard is really a unique talent. 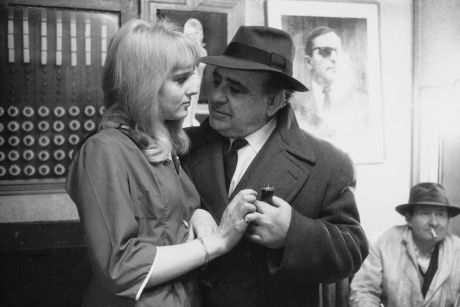 MGS: You met your husband, Sam Fuller, around this time. In his memoir, A Third Face, he writes very memorably about your first meeting – a dinner date with you and your friend Maria-Rosa Rodriguez, who also happened to be Miss South America. What were your first impressions of Sam?

CLF: He was mesmerising, told us stories and was so genuine a person that I fell in love, but he never went for his actors in a romantic way. “It’s against my religion,” he used to joke. However I seduced him by mentioning RING LARDNER, not knowing that he had been one of his mentors in his adolescence. He promised that he would get me the ENGLISH version at BRENTANO’S. AND HE DID —–he was a man of his word and not some bullshitter like a lot of the men in showbiz —-I was sweating out his call —and he DID call and we started dating………PARIS, mon amour……….

MGS: A Third Face, published posthumously in 2002, is one of the all-time great books about a film director. What was your role in the writing and editing of this book?

CLF: VICTORIA WILSON at RANDOM responsible for many bios including the KATHERINE HEPBURN one, called to talk to SAM about BARBARA STANWYCK since she was planning her bio. SAM coud not talk after his stroke, was very weakened, so I sat in the sun with him and started writing the way he talked and read every sentence like he had written it, which in a way he did —-I had close to 2000 pages when he left us ……..in 1998 my granddaughter SAMIRA was born and from taking care for over three years day and night of my husband, I had now a baby to help nurture. Like GARGAMELLE in RABELAIS: I cried with one eye and laughed with the other……….I had picked Jerome Henry RUDES because he had a good eye and was a minimalist to edit SAM’s almost hundred years on this planet.

MGS: I was blown away by “The Reconstruction” of The Big Red One when it was released a few years ago. The newly integrated scenes, including your scene as the German Countess, make the film a much richer experience. But I know some critics were skeptical of some decisions such as the voice-over narration being retained. Do you think Sam would have been pleased with this version of the film?

CLF: Of course, he would have been pleased………it’s a 90 percent improvement thanks to RICHARD SCHICKEL and BRIAN JAMIESON. The scene of the countess I liked was when SCHROEDER shoots her, her pearl necklace has pearls falling one by one on the floor. Don’t know where those rushes are, but at least the Hitler bad-mouthing countess is back in the picture like they say!!!! And a scene with an impotent Nazi at that, can’t get any better!!!

MGS: Sam’s final movie, Street of No Return, is full of great moments but it was sadly re-edited against his wishes. Is there any chance it too might be reconstructed in a cut that more closely resembles his original intentions?

CLF: SAM suspected JACQUES BRAL of having a hidden mimetic rivalry going on and even though he was kind and polite, to cut and recut a film for a whole year was strange. He is a good director himself………but here we go to what the French call L’espace du NON DIT……….maybe the film will get more or less SAM’s cut again and a new run………

MGS: I’ve managed to track down all of Sam’s movies even though a lot of them are difficult to see in the U.S. What can you tell me about the status of never released-on-DVD titles like China Gate, Run of the Arrow, Dead Pigeon on Beethoven Street, Les Voleurs de la Nuit and the wonderful Mika Kaurismaki documentary that you conceived and produced, Tigrero: A Film That Was Never Made? What are the chances these titles might see home video distribution soon?

CLF: AM WORKING on CHINA GATE —-the great song by NAT KING COLE with the same title CHINA GATE is available on itunes —-hope the dvd will be happening soon—-it’s INDOCHINA before it became VIETNAM —LES VOLEURS DE LA NUIT ==have no idea but it was fun to have scenes with the late, great CLAUDE CHABROL, one of the funniest directors ever —it’s not a bad movie at all…….CASSAVETTES liked it a lot when they booed it in BERLIN and he got the golden BEAR for LOVE STREAMS……ten years later we got the BERLIN CRITICS AWARD for TIGRERO, a real crowd pleaser that I am very proud to have brought forth into the light. SAM had shot those rushes of the incredible KARAJA indians in 1955 with the same BELL AND HOWELL camera that he shot the liberation of the camps with in 1945 and in 1975 the birth of our daughter SAMANTHA……….death — adventure—birth………..Returning with SAM, MIKA KAURISMAAKI and JIM JARMUSCH and SARA DRIVER to make this wonderful piece TIGRERO was one of my happiest moments ever!!!! THEY put it out on dvd, BUT NEVER really got behind it, the way they should have. Hoping for a new life of TIGERO as well —the young people should discover the life of the KARAJA INDIANS……Incas who migrated from the ANDES and settled on the foot of the amazon —their language resembles JAPANESE and no linguist can figure it out…….

MGS: I teach film history classes to a lot of young people who may have heard Sam’s name but might not be familiar with his work. What movies would you recommend for them to see to introduce them to the world of Sam Fuller?

CLF: all of the them —he really had to fight hard for most of the movies to retain his artistic integrity……..he loved being with students and they liked him in return, because he was without WAX —-sans CIRE —sincere—–

MGS: Thank you so much for your time. 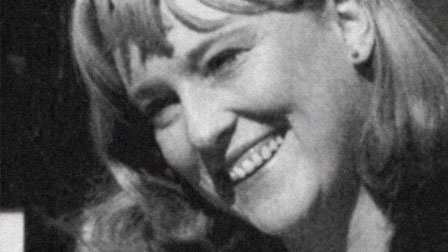