The bottom line: The “film” event of the year.

Now playing at the Gene Siskel Film Center is Film Socialisme, Jean-Luc Godard’s latest state-of-the-planet address and arguably his most brilliant feature-length motion picture in decades. Not that this latest cinematic essay isn’t as thorny or difficult as his other recent work (it’s arguably more difficult), but it is also finally, satisfyingly, a movie marked by old-fashioned cinematic virtues; it is as interesting, for instance, for its cinematography as it is for its editing and sound design, the first time this can be said about a Godard film in some time. Aside from a few interpolated shots of classic movies, most of its head-spinning hour and forty one minute running time consists of scenes that Godard has effectively staged or captured documentary-style for his wide variety of digital cameras, the juxtaposition of which feels genuinely groundbreaking. More importantly, Film Socialisme is also notably imbued with a startling humanity. While watching it one can practically feel the close working relationship the now-80 year old Godard has with his collaborators behind the camera, a skeleton crew of what appear to be technicians without much prior experience on feature films, as well as the respect he extends to all of the “characters” who appear in front of it — including singer Patti Smith and guitarist Lenny Kaye, philosopher Alain Badiou and a little girl watching a YouTube video of talking cats.

Since Allemagne 90 neuf zéro in 1991, most of Godard’s best work have been essays created on video; I’m thinking not only of his mammoth video series Histoire(s) du cinema (1988 – 1998) but also shorts like Une catastrophe (2008) and Tribute to Eric Rohmer (2010), as well as the first breathtaking section of 2004’s Notre musique. But it isn’t the medium that ultimately distinguishes these works, it’s the methodology. For me, Godard’s best late works are those made up of footage shot by others and characterized by a curiously private, almost hermetically sealed-off quality, as if one can sense the great director working alone at his home-studio in Switzerland like a mad scientist in a laboratory; Godard’s recent comfort zone seems to be in taking clips from old movies and juxtaposing them with images of other works of art, adding punning intertitles and then overlaying all of it with a dense soundtrack consisting of classical music, snippets of movie soundtracks and the director’s own voice. The end result of these dense, sometimes playful, always provocative texts is to makes viewers feel like they’re banging around inside the intellectual pinball machine of Godard’s mind, a place I’ve always been more than happy to visit.

It’s when Godard has attempted to make something more physically ambitious in the past couple decades that I think he tends to run into problems; whether due to laziness or impatience, it’s been a while since Godard has worked fruitfully with a cast and crew on location to achieve the kind of inspired poetic results of his best movies from the 1980s and early 1990s. (He is now as far away from the stunning, elaborate crane shots and glamorous star performances of 1990’s Nouvelle vague as that film was from the relative narrative coherence of his legendary work of the 1960s.) Whenever Godard has had to actually stage scenes in recent years he often ends up creating either moments of didactic polemicizing (I could do without Notre musique‘s climactic scene where a Palestinian woman is shot down for wielding a “weapon” that turns out to be nothing more than a book, thank you very much) or images that teeter dangerously close to feeling like someone parodying an art film (the protagonist of In Praise of Love thumbing through a book with blank pages — like, crazy, man).

It was all the more surprising to me then to find that Film Socialisme, which premiered at last year’s Cannes Film Festival to predictable outrage, feels like one of the least hermetic and most engaged-with-contemporary-life films of Godard’s entire career. And contrary to what you may have heard, here is a movie without a cynical bone in its body. Part of the refreshingly open and engaged quality stems from Godard’s surprising choice to quote other recent films instead of just the usual familiar classics from his own youth. Key reference points here include Agnes Varda’s The Beaches of Agnes (an image of trapeze artists performing over the ocean) and Manoel de Oliveira’s A Talking Picture (using a Mediterranean cruise as a metaphor for Western Civilization). But what also impresses is the sheer joy that Godard has clearly taken in the process of making this particular film. That Film Socialisme feels like an elegy is to be expected (virtually every recent Godard work can be viewed as a last testament), but it also feels like a rebirth; the ravishingly beautiful imagery, whether stemming from cell-phone cameras, standard-def video or eye-popping HD, are of the kind that could only be conjured by a restless experimenter who is unafraid of risking appearing like an amateur — and indeed neither of Godard’s two credited cinematographers (Fabrice Aragno and Paul Grivas) has ever before shot a feature-length film. Yet I would argue no feature has ever been more open to the textural possibilities of digital imagery. The sound design likewise features intentionally distorted music and the live sound of wind whipping across location microphones that would be considered “mistakes” in the hands of any other director. Here, they give the film a sense of “being there-ness” that is unparalleled in contemporary cinema. To watch Film Socialisme side by side with The Tree of Life is to understand the difference between genuine risk and calculated risk, between true cinematic beauty and images designed for a screensaver.

As with Notre musique, Film Socialisme is a film in three “movements.” The first, titled “THINGS SUCH AS,” concerns the aforementioned Mediterranean cruise, which functions as an extended metaphor for Europe as a free-floating casino, and offers the film’s most visceral cinematic pleasures. The heavily pixillated images taken from cell phone cameras in this section are so degraded that they dissolve the line between ugliness and astonishing abstract beauty. The second movement is titled “OUR EUROPE” and chronicles the lives of a French family who run a suburban gas station. The allegorical nature of this section, which resembles Godard’s television documentaries of the 1970s, is evident in the interactions between the family (father, mother, two young children, llama) and a documentary film crew. The final movement is titled “OUR HUMANITIES” and offers yet another of Godard’s masterful associative montages, this time focusing on six places (Egypt, Palestine, Hellas, Naples, Barcelona and Odessa) that, according to Godard’s helpful press kit, have been the sites of various “true or false myths.” (Including Odessa also allows Godard to repeatedly reference The Battleship Potemkin, the ultimate associative montage movie). Driving viewers up the wall since the film’s premiere is Godard’s insistence on only having it shown with “Navajo English” subtitles, a ridiculously oversimplified and grammatically incorrect running text that approximates the way Indians speak in classic Hollywood westerns. But even this seemingly perverse aspect of Film Socialisme proves to be part and parcel of Godard’s utopian project of inciting his audience into collaboration; I actually enjoyed trying to fill in the spaces between the subtitled words as if I were doing a crossword puzzle.

What Film Socialisme ultimately means will likely be different for every viewer and this is the respect in which it succeeds as a truly “socialist” film. As supreme of an image (and sound) maker as Godard proves himself yet again to be, ownership of this movie finally belongs to anyone adventurous enough to collaborate with Godard in constructing its meaning. For some viewers, being granted this much freedom by a film’s author will lead to an experience they will no doubt find confounding or boring. For others, including myself, Film Socialisme will be seized as a rare opportunity to engage in a joyous spirit of collaboration not only with Godard but with anyone else swept up in the already impressively heated critical debates swirling around the film. Of course, Film Socialisme, which was constructed entirely through the use of digital tools, isn’t really a “film” at all. But as an audio-visual construct it is definitely a one-of-a-kind masterpiece, an experience as fragmentary, terrifying and beautiful as the modern world itself. Perhaps this type of filmmaking is what Godard had in mind when he wrote in 1964 that he awaited “the end of cinema with optimism.” As both a filmmaker and a viewer, I certainly left the theater feeling more optimistic about cinema’s increasingly uncertain post-35mm future. With Film Socialisme Godard has once again pointed out, as he so often has in the past, some of the directions we might take it. 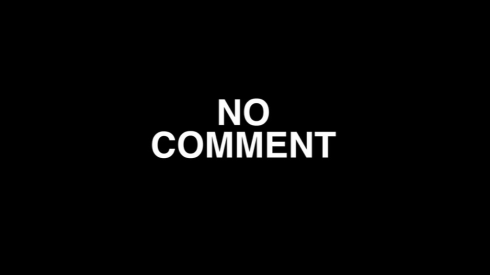